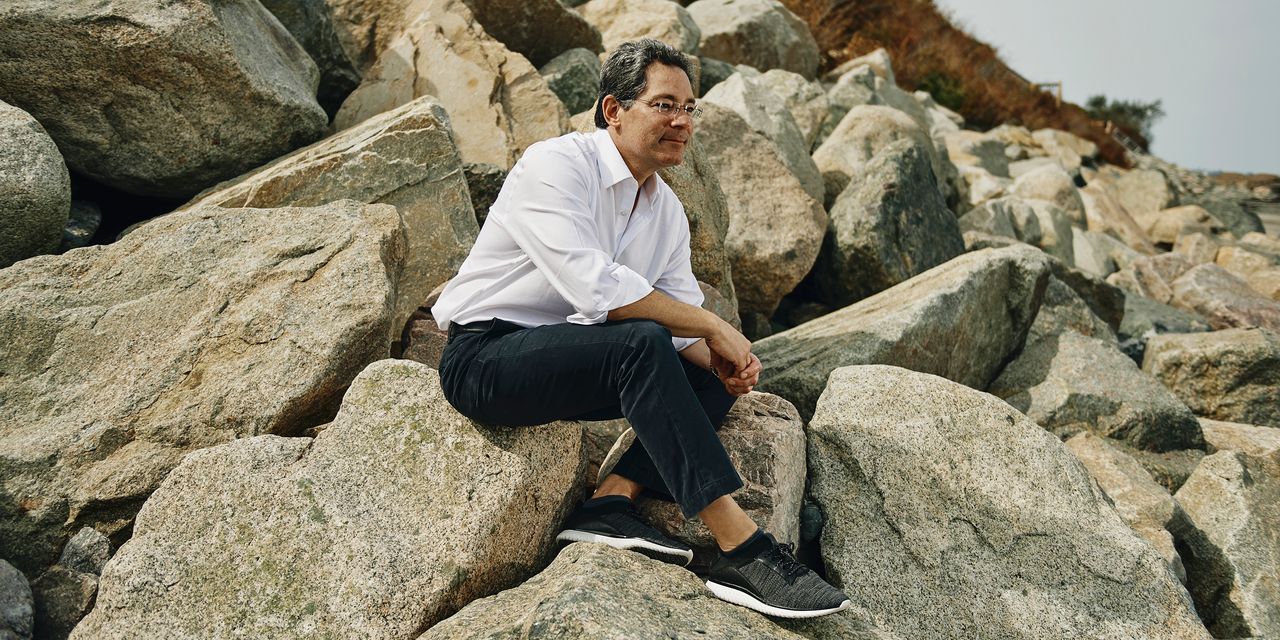 
Nearly a century before the idea of socially responsible investing took root, Pioneer Investments founder Phil Carret espoused the importance of investing in “good” companies, which at the time meant avoiding tobacco, alcohol, and gambling stocks.

Today, sustainable investing has evolved to include a range of environmental, social, and governance factors—and the importance of investing with an ESG lens carries even greater weight in the digital age. “Companies spend billions of dollars building their brands, and all of that can go away when bad news goes viral,” says Jeff Kripke, the lead manager of the $6 billion

Kripke, 53, took the helm of Pioneer’s 92-year-old flagship portfolio in 2015 and updated its investment approach—reducing the number of holdings by more than half, to a recent 45, and making ESG factors a focal point of the strategy. In 2018, the fund’s ESG mandate became more explicit: It is prohibited from owning stocks that rank in the bottom 15% of their industries and bottom 30% of the S & P 500 index based on ESG research from its parent firm, France-based Amundi, and MSCI ESG data.

That mandate not only helps avoid idiosyncratic risk; it helps identify high-quality companies that hold up better in market downdrafts. “We’ve outperformed in 11 out of 13 [broader market] corrections of 5% or more over the last five years,” Kripke says. The upshot: During that time, the Pioneer fund has returned an average of 15.2% annually, better than 98% of its large blend peers, and 1.5 percentage points a year ahead of the Russell 1000.

At a time when growth seems to be the only game in town, Kripke—who was a student of value investing at Columbia Business School—has carried on Carret’s value-oriented philosophy. “It’s more of a value sensitivity,” says Kripke. “Every investment needs to offer twice the upside opportunity relative to downside risk,” and price is a big part of the equation.

When the severity of the Covid-19 pandemic became clear earlier this year, Kripke and his co-managers repositioned the portfolio for an immediate recession—and for a timely fiscal- and monetary-policy response. For example, they lightened up or exited interest-rate-sensitive companies, such as

(KO), which were hit hard initially but are poised to do well as economies reopen.

In fact, most of the portfolio is positioned for a recovery. The U.S. election will undoubtedly bring bouts of volatility, says Kripke, but accommodative monetary policy will continue, no matter what happens in November. “I don’t make predictions of who’s going to win or lose [the election], but I will say that I am a believer in science and time,” he says, adding that he thinks a combination of a vaccine, therapeutics, and herd immunity will pave the way for strong growth in 2021.

). At the same time it benefits from increased economic activity, the company is realizing the benefits of more automation and efficiency. The fund bought UPS stock in 2018 after the company announced a three-year plan targeting $20 billion in capital expenditures to modernize its operations.

At the time, UPS shares traded around $100, with a price/earnings ratio in the midteens. “It was a value story,” Kripke says, noting that technology is key to helping the company turn bigger volume into better profit margins by, among other things, lessening the need to hire temporary labor to keep up during busy periods. In March, UPS brought in a new CEO,
Carol Tomé
, further adding to the Pioneer team’s conviction. “She helped transform

[where she was CFO] and is extremely financially disciplined,” Kripke says.

While changes in business cycles and business models offer an entry point into high-quality companies, improving ESG practices are another reason to buy a stock. This was a catalyst for Kripke’s decision to buy

(WMT) shares in 2019. “You can look at Walmart, for example, and they’ve gone from being the poster child of a terrible company” for workplace equality, he says, to one that is improving its ESG on several levels, including employee pay, career opportunities, and diversity, as well as environmental efforts. “They want to be net carbon neutral by 2040,” he says.

Note: Holdings as of August 31. Returns through October 5; three- and five-year returns are annualized.

Under CEO
Doug McMillon
, the company has moved from being a low-cost leader to a retail innovator. McMillon cut a deal to acquire Jet.com to ramp up Walmart’s e-commerce capabilities. Online sales in the second quarter nearly doubled from the same time last year, putting Walmart in the same league as

com (AMZN), which is one of the fund’s largest holdings. “We’re happy to own both,” Kripke says.

In fact, the fund owns many competitive duos, including UPS and

(WFC). Doing so is a way to have conviction in a theme without exceeding a 5% position in any single stock.

Two relatively new additions to the fund are

(ZTS). Both are leaders in medicines and vaccinations for pets and livestock, and both are spinouts from larger pharmaceuticals—

(PFE), respectively. The fund took advantage of the market selloff in the spring to add to these position and capture what Kripke considers a long-term trend of increased spending on companion animals.

This theme is one way to gain exposure to the health-care sector without the typical election-year volatility. Democrats and Republicans seem to agree on few things these days—but pets are one place where people still find common ground.