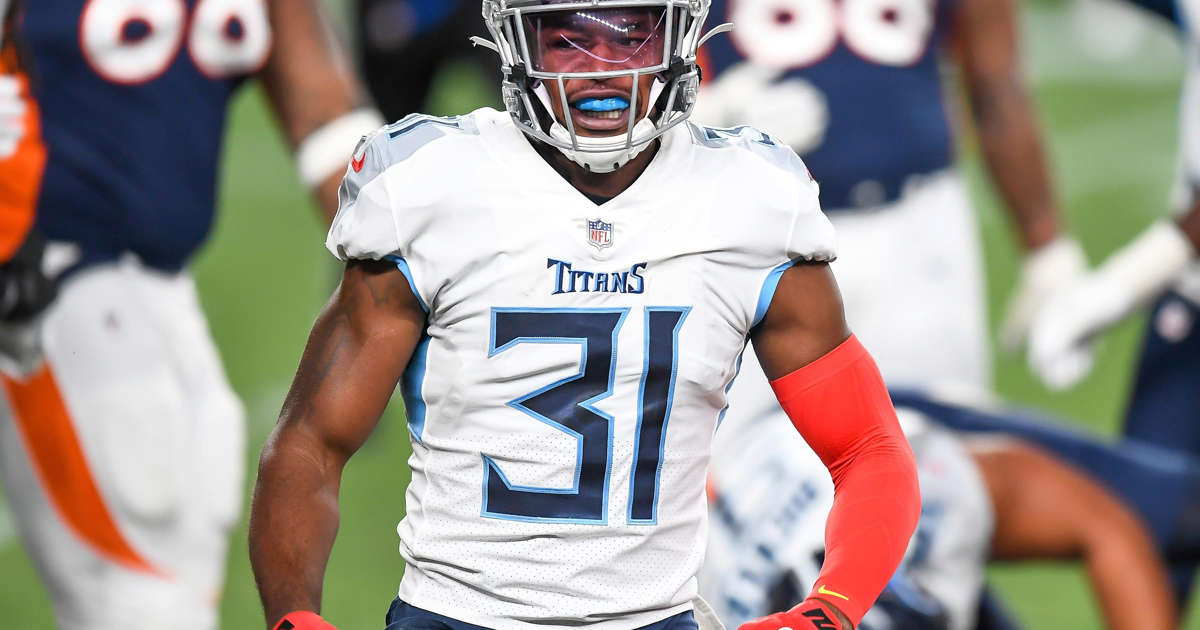 They just couldn’t make it to the hospital, Kevin Byard said.

© Dustin Bradford, Getty Images
Kevin Byard (31) of the Tennessee Titans celebrates after forcing a second quarter fumble against the Denver Broncos at Empower Field at Mile High on September 14, 2020 in Denver, Colorado.


So on Aug. 23, a day before the due date, the Titans safety wound up delivering his newborn son at his home in Nashville. Byard on Wednesday explained how the harrowing experience unfolded, beginning with his wife, Clarke, waking him up at 10:30 p.m. with contractions that quickly grew in intensity.

Byard got dressed and went downstairs to begin prepping the car for their trip to the hospital. He then came back upstairs and called their doula, telling her to meet them at the hospital.

Moments later, Clarke told her husband to pick up the phone again.

“She quickly told me, ‘Call her back. Tell her to meet us at the house,’” Byard recalled Wednesday ahead of the Titans’ Week 2 game against the Jaguars at Nissan Stadium on Sunday (noon, CBS). “Now I’m really starting to scramble a little bit.”

Byard raced back downstairs to get the car ready. When he ran back upstairs, he found his wife on her hands and knees with contractions.

He got the doula on speaker phone.

“The doula’s talking to her, asking her how she feels,” Byard said. “She’s saying, ‘I can’t really move. I feel like the baby’s about to come.’”

The Byards’ doula, who lives about 30 minutes away in Franklin, altered the game plan. She suggested Byard try to help his wife into the bathtub.

“So I’m like, ‘OK, well, let’s try to get her on her feet,’” Byard said. “So I’m trying just to check back there, kind of pulled her pants down a little bit just to see what’s going on, and the head was already poking out. So at this point, I’m back out there like, ‘Oh man, the head’s poking out!’ Talking to the doula, she’s like, ‘OK, just tell her to start breathing. Relax. And just tell her to start pushing. The baby’s coming.’”

Byard said his son’s face was pointed upward, and he could see it was purple.

“I was kind of nervous about that,” he said. “The doula told me to support his head, check around his neck, check (to see if) the umbilical cord is wrapped around his neck, and it wasn’t, thank God. My wife started pushing. Ten to 15 minutes later, once she got his head out and his shoulders, everything just kind of slipped out. I kind of caught him in my arms.”

The fifth-year safety, who leads the league with 17 interceptions since the start of the 2017 season, said it was the best catch he’ll ever make in his life.

“That was the most memorable thing me and my wife have ever been through in our relationship, other than obviously getting married,” Byard said.

After falling into his father’s arms, Kevin Leon Byard IV coughed two or three times, his father said, before beginning to cry. The elder Byard then laid his wife down on her back and rested his newborn on her skin-to-skin as they waited for the ambulance and the doula to arrive.

All of it unfolded within about 30 minutes, the former MTSU star said. It was the couple’s second child; they also have a 1-year-old daughter, Eliana.

Reach Erik Bacharach at [email protected] and on Twitter @ErikBacharach.