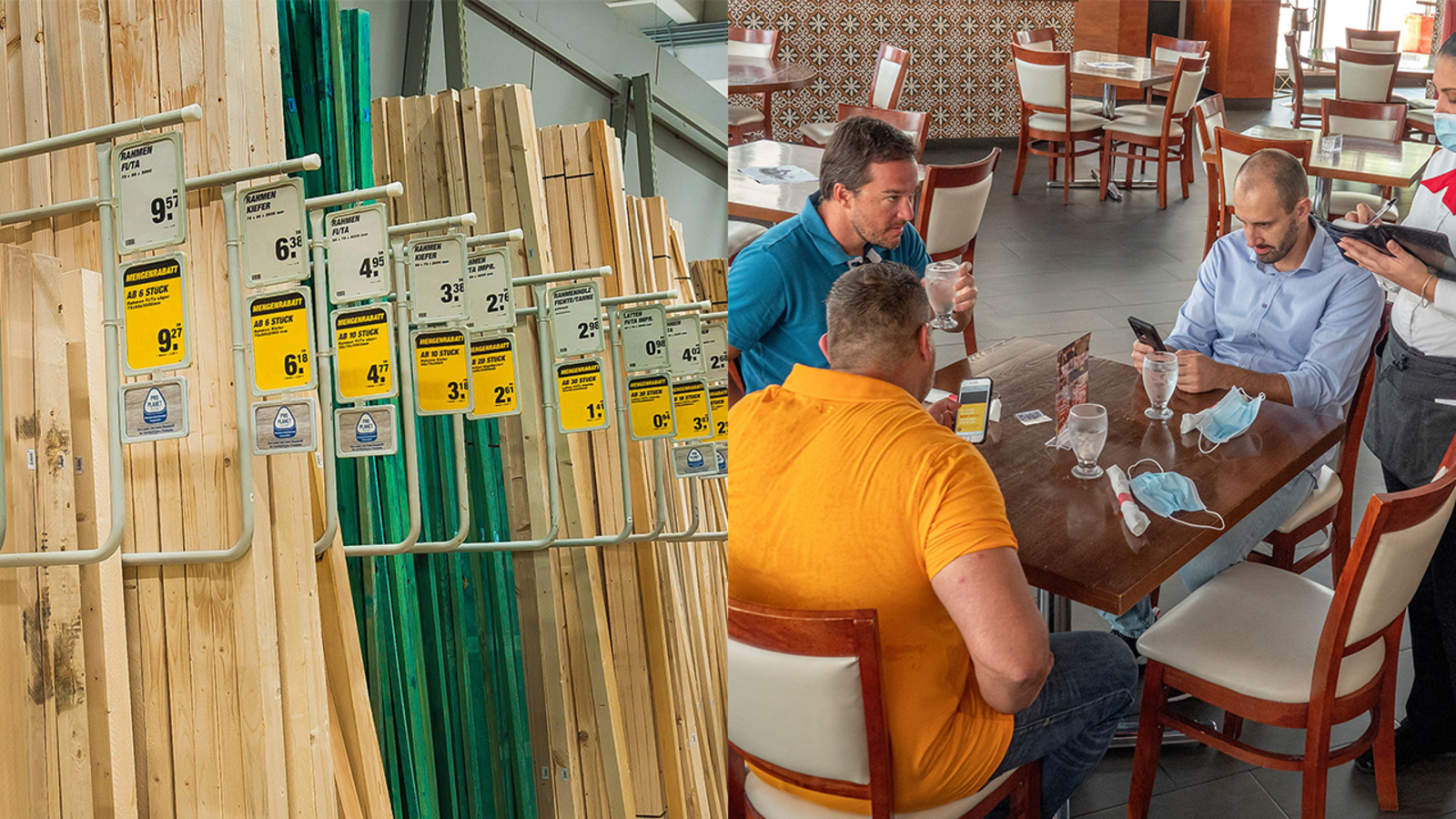 In retail trade, distance learning prompted higher remittances to the agency from sporting goods, electronics and home furnishing retailers. Consumer spending also increased on home improvements and home entertainment. Such spending, Hegar said, was supported by federal benefits to help offset losses from the pandemic, which have since expired or been reduced. In July, a federal unemployment benefit expired for Texans.

“Consequently,” he said in a news release, “further declines in sales tax revenue may ensue in the coming months.”

Hegar also released totals Tuesday for 2020 fiscal year state revenues, saying that a “surprisingly strong” sales tax collection in July – though “largely reversed in August” – still put yearly revenues ahead of projections his agency made earlier this summer. That fiscal year ended Monday, marking the midpoint of the two-year state budget that lawmakers crafted in the 2019 legislative session.

In July, Hegar revised his revenue estimate, projecting that general revenue available for the state’s current two-year budget would be roughly $11.5 billion less than originally estimated. Hegar also said the state was on track to end the biennium, which runs through August 2021, with a deficit of nearly $4.6 billion.

His revised forecast, he emphasized at the time, carried “an unprecedented amount of uncertainty” and was based on the assumption that pandemic-related restrictions on the economy would be over by the end of the calendar year, and that economic activity would not bounce back to “pre-pandemic levels by the end of this biennium.” Hegar’s forecast also did not include savings expected from a 5% budget cut that Gov. Greg Abbott and other Republican leaders directed for certain state agencies and higher education institutions for the current biennium.

Other major taxes were also down from the same month last year, Hegar said Tuesday. The hotel occupancy tax, for example, was down 49% from August 2019. And the oil production tax was down 39%.

The video above is from a previous story on Houston bars and new TABC rules during the coronavirus pandemic.

Disclosure: The Texas Comptroller of Public Accounts has been a financial supporter of The Texas Tribune, a nonprofit, nonpartisan news organization that is funded in part by donations from members, foundations and corporate sponsors. Financial supporters play no role in the Tribune’s journalism. Find a complete list of them here.

The Texas Tribune is a nonprofit, nonpartisan media organization that informs Texans – and engages with them – about public policy,
politics, government and statewide issues.