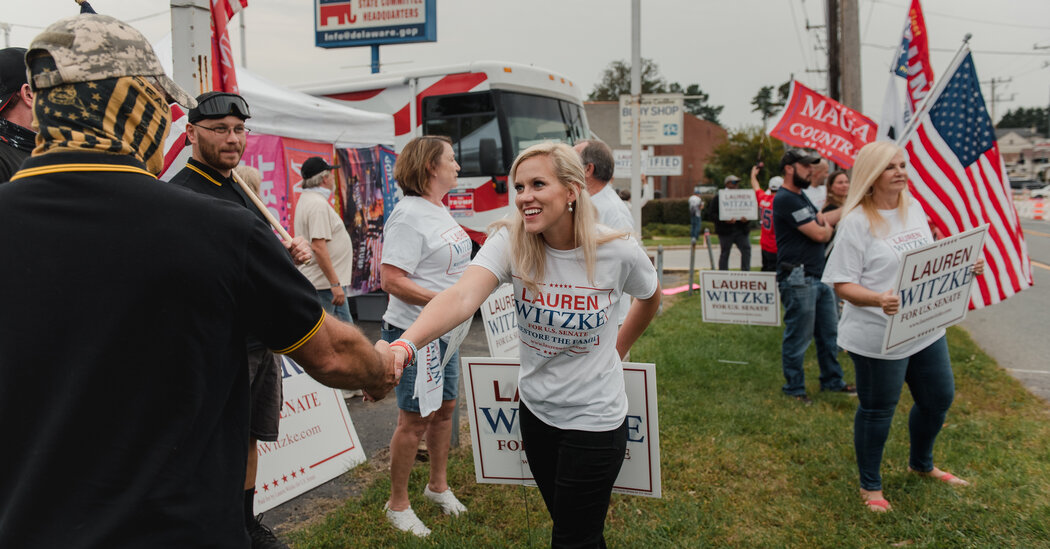 WILMINGTON, Del. — Lauren Witzke, a dabbler in QAnon, a self-proclaimed “flat earther” and the Republican Party’s nominee in Delaware for the Senate, was exhorting her supporters last month to “Go get ’em — America First,” as they squared off against a handful of Black Lives Matter protesters.

Gathered with her in the parking lot of the Republican Party headquarters here was a self-appointed security guard with a gun on his hip, a political adviser whose losing clients include candidates accused of racism and anti-Semitism, and a smattering of Proud Boys, the far-right brawlers whom President Trump told to “stand back and stand by.”

Across the street, Keandra McDole, sister of a wheelchair-bound Black man who was killed in 2015 by the Delaware police, chanted “Lauren Witzke’s got to go,” above the din of revving car engines and calls of “Trump, Trump, Trump” and “K.K.K.” The “security” man pointed his