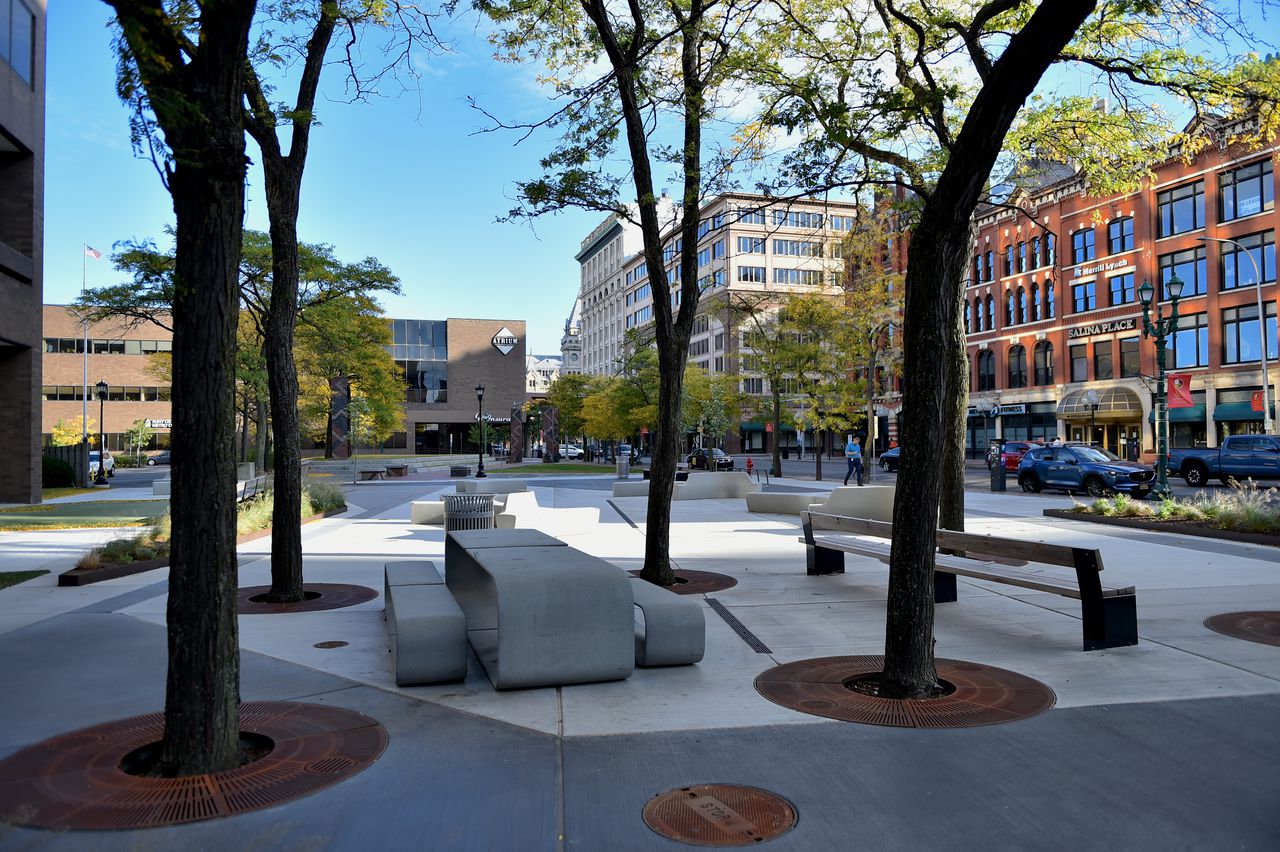 The public plaza in front of One Lincoln Center is now crisscrossed with concrete seating in abstract shapes, curved and tinted concrete underfoot, and mature trees and grassy plantings to soften all those hard edges.

It’s not as ambitious as the original vision for the spot — but it’s neat, inviting and, most importantly, finished.

Perseverance Park, running along South Salina Street between Fayette and Washington Streets, was the site of the Occupy Wall Street encampment in 2011. In 2012, it became a blank canvas in the heart of downtown when the Centro bus hub moved to its new location down the street.

In 2014, the Downtown Committee commissioned an art installation called “Flowscape” — a blue and white design painted on the ground — to spark public conversation about the future of the space.