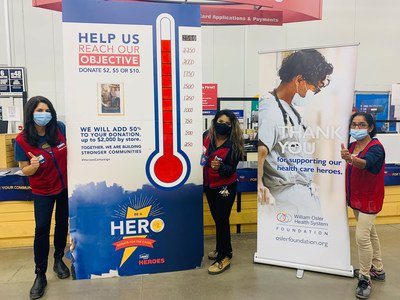 Lowe’s Canada Presents a Total of Over $2.1 Million to More Than 235 Hero Organizations Across the Country

BOUCHERVILLE, QC, Oct. 14, 2020 /CNW Telbec/ – Lowe’s Canada, one of Canada’s leading home improvement retailers, is proud to announce that a total of over $2.1 million will be donated to more than 235 non-profit organizations and public schools across the country whose actions make them true heroes in their communities. This year, for the very first time, 47 stores affiliated with the RONA banner and five distribution centres in the network joined Lowe’s, RONA, and Réno-Dépôt corporate stores in this flagship campaign. Throughout September, 289 Lowe’s Canada network sites joined forces to raise funds in support of their chosen partner organization’s mission or specific project. As in the past, 50% of the amounts raised were matched by Lowe’s

… Read More
Continue Reading Lowe’s Canada Presents a Total of Over $2.1 Million to More Than 235 Hero Organizations Across the Country