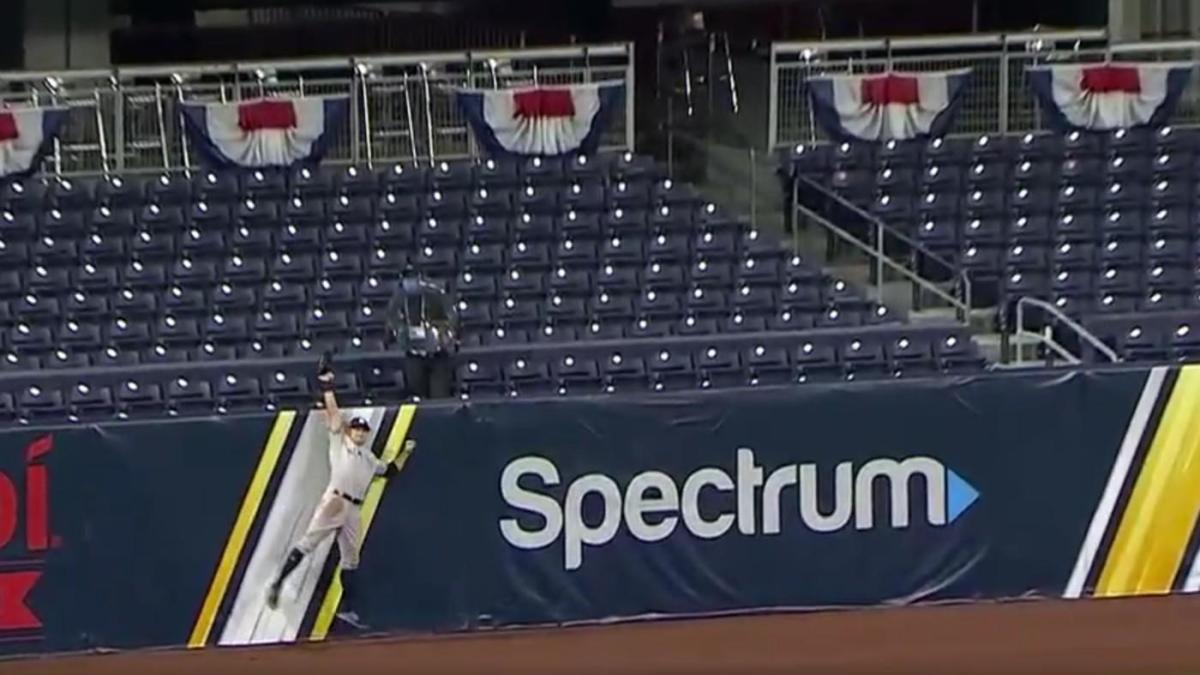 Rare is the pitcher who’s been able to keep Randy Arozarena of the Rays in check this postseason, so Yankees fly-catcher Brett Gardner decided to take on the mission himself. In the sixth inning of Friday night’s decisive ALDS Game 5 (NYY-TB GameTracker), Arozarena appeared to have homered off New York ace Gerrit Cole to break a 1-1 tie.

However, Gardner out in left field was unwilling to accommodate:

That left Arozarena’s bat at 99.6 mph and with a launch angle of 38 degrees. That launch angle is a little higher than optimal, and in this instance it was probably high enough to get caught up in the San Diego evening marine layer. Arozarena appeared to think it was gone off the bat, but that turned out to be not the case by a hairsbreadth or so.

Anyhow, that’s not the typical home run robbery, as Gardner didn’t undertake the

SAN DIEGO — Watch Yankees sluggers Aaron Judge and Gary Sanchez hammer balls out of Petco Park during batting practice before Game 2 of the ALDS vs. the Rays.

Notes from the Yankees: