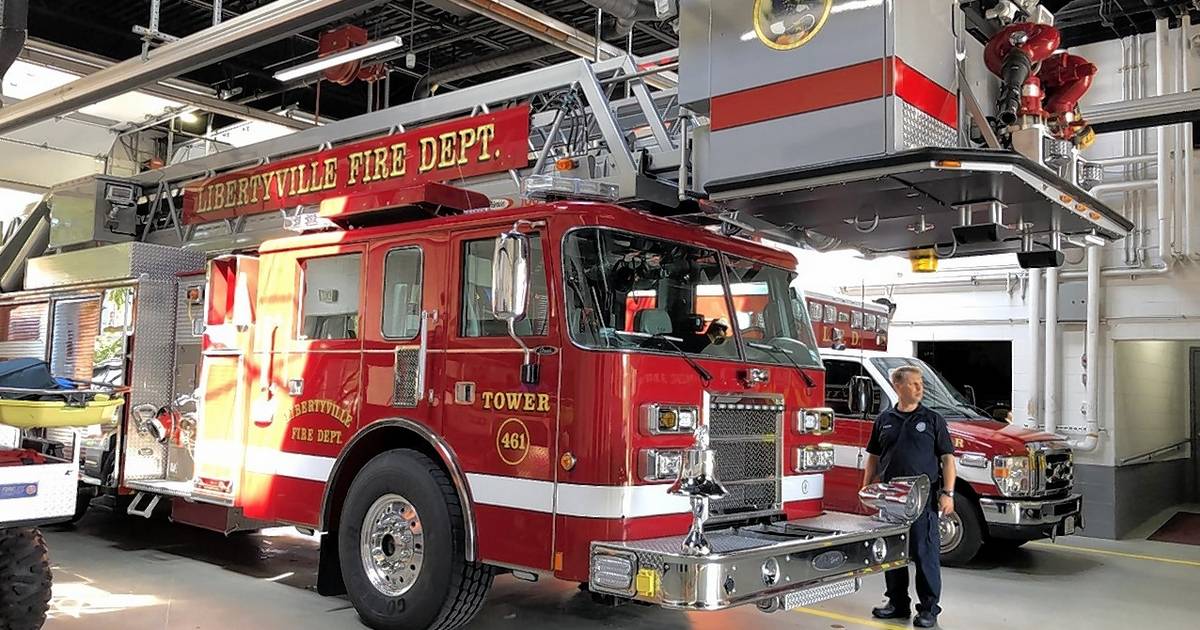 That was determined to be a good option, and Carani received village board approval to waive competitive bidding for what is known as a “frame off” restoration.

Originally, the work was to have taken about six or seven months, but it needed unanticipated replacement of the frame rails, and the coronavirus pandemic slowed the process, Carani said.

The rebuilt 69,500-pound truck is now ready for action and parked at fire department headquarters, 1551 N. Milwaukee Ave. The original mileage was 35,119, but the odometer was reset after the work and now stands at 210 miles.

The versatile truck that can pump 2,000 gallons per minute should last another 20 years, Carani said.

“It’s specialized,” he said. “It responds to quite a few calls. When you need it, you need it.”

The ladder truck is shared with the Mundelein fire department through an agreement struck in late 2017. Officials in both communities determined it was a common-sense way to improve efficiency and lower costs.

At the time, it was estimated Libertyville’s ladder truck and trained personnel would be needed in Mundelein about five times a year.

“There’s not a lot of these around anymore because of the expense,” Carani said.