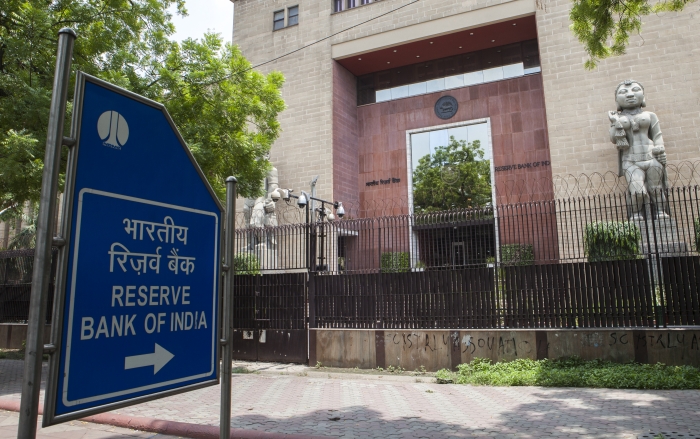 At the recently concluded monetary policy committee (MPC) meeting of the Reserve Bank of India (RBI)—which was rescheduled from October 1 to October 7—the members unanimously voted to keep the policy repo rate unchanged at 4%.

The six-member MPC, which includes three new members who were inducted earlier this month, also opted to continue with its accommodative stance as long as necessary to revive growth on a durable basis, and mitigate the impact of Covid-19 on the economy, while ensuring that inflation remains within the target going forward.

While the decision of the MPC, which met between October 7 and October 9, was on expected lines as far as the interest rates were concerned, the RBI did announce fresh liquidity and regulatory measures to alleviate the Covid-19-induced pain for the economy.

In his post-policy address, RBI governor Shaktikanta Das said that the Indian economy was entering a decisive phase in its fight against the pandemic. “Relative to pre-Covid levels, several high-frequency indicators are pointing to the easing of contractions in various sectors of the economy and the emergence of impulses of growth,” he said. “By all indications, the deep contractions of Q1FY21 are behind us,” he said, adding that “silver linings are visible in the flattening of the active caseload curve across the country”. In this environment, the RBI governor said, the focus must now shift from containment to revival.

On recovery, Das said that currently there was an animated debate about the shape of it—whether it would be V-, U-, L-, W-, or even K-shaped. “In my view, it is likely to predominantly be a three-speed recovery, with individual sectors showing varying paces, depending on sector-specific realities,” he said.

The RBI governor went on to explain that sectors which would “open their accounts” at the earliest were expected to be those that have shown resilience in the face of the pandemic and were also labour-intensive. He mentioned agriculture and allied activities; fast moving consumer goods (FMCG); two wheelers, passenger vehicles and tractors; drugs and pharmaceuticals; and electricity generation, especially renewables, as some of the sectors in this category.

“In several of these areas, reforms such as in agricultural marketing and value chains encompassing cold storage, transport and processing; changes in labour laws; and creation of capacity for production and distribution of vaccines have already opened up new vistas for fresh investment to step in,” Das said.

The second category to “strike form” would comprise sectors where activity was normalising gradually, he said. And, the third category of sectors would include the ones which face the “slog overs”, but they can rescue the innings. “These are sectors that are most severely affected by social distancing and are contact-intensive.”

Highlighting the MPC’s view, Das said that the modest recovery in various high-frequency indicators in September could strengthen further in the second half of FY21 with progressive unlocking of economic activity. While agriculture and allied activities could well lead the revival by boosting rural demand, manufacturing firms expect capacity utilisation to recover in Q3FY21 and activity to gain some traction from Q3 onwards, he said.

However, Das cautioned that both private investment and exports were likely to be subdued as external demand was still anaemic. “For FY21 as a whole, therefore, real GDP is expected to decline by 9.5%, with risks tilted to the downside,” he warned. “If, however, the current momentum of upturn gains ground, a faster and stronger rebound is eminently feasible.”

The RBI governor also touched upon “some disconnect” between the rationale underlying the RBI’s debt management and monetary operations on the one hand, and expectations in the market, on the other which have been prevalent over the past few weeks. Das said he chose to address these issues squarely “so that market participants and the RBI share a common set of expectations, which, in turn, should engender orderly market conditions”.

The RBI governor said that as the monetary policy authority tasked with development and regulation of financial markets and the management of public debt, the RBI has prioritised the orderly functioning of markets and financial institutions, easing of financing conditions and the provision of adequate system-level as well as targeted liquidity. “This is important from the point of view of smooth and seamless transmission of monetary policy impulses as well as the completion of market borrowing programmes of the centre and states in a non-disruptive manner with a normal evolution of the yield curve.”

He said that since February 2020, the RBI has taken a series of measures in this direction, and was ready to undertake further measures as necessary “to assure market participants of access to liquidity and easy financing conditions”. Das emphasised that notwithstanding an augmented market borrowing programme for FY21, the issuances for the first half of the year had been seamlessly managed both for the centre and the states. “The weighted average cost of borrowings by the central government during the first half of FY21 at 5.82% is the lowest in the last 16 years,” Das said. “The weighted average maturity of the outstanding stock of the centre has also been the highest so far.”

Das insisted that the RBI has assured that the borrowing programme of the centre and states for the remainder of FY21 is completed in a non-disruptive manner without compromising on price and financial stability. In pursuit of this objective, Das highlighted that the limit for Ways and Means Advances (WMA) for the centre has been kept higher at ₹1.25 lakh crore compared to ₹35,000 crore in second half of the previous year. Similarly, the 60% increase in WMA limit for states in the first half of FY21 has been extended for a further period of six months till March 31, 2021.

The RBI governor said that yields in the government securities (G-secs) market, both primary and secondary segments, need to evolve in alignment with the comfortable liquidity conditions. “This is important for those segments of the financial markets that rely on the G-sec yield curve as a benchmark for pricing financial instruments so as to benefit from the easy financing conditions engendered by the RBI’s policy measures and operations.”

Das mentioned that financial market stability and the orderly evolution of the yield curve are public goods and both market participants and the RBI have a shared responsibility in this regard. “The augmented borrowing programme for FY21 has been necessitated due to the exigencies imposed by the pandemic in the form of the fiscal stimulus and the loss of tax revenue,” he said. “While this has imposed pressures on the market in the form of expanded supply of paper, the RBI stands ready to conduct market operations as required through a variety of instruments to assuage these pressures, dispel any illiquidity in financial markets, and maintain orderly market conditions.”

There was a clear glimpse of moral suasion in the RBI governor’s words when he said that market participants, on their part, need to take a broader time perspective and display bidding behaviour that reflects a sensitivity to the signals from the RBI in the conduct of monetary policy and debt management. “We look forward to cooperative solutions for the borrowing programme for the second half of the year,” he said. “It is said that it takes at least two views to make a market, but these views can be competitive without being combative.”