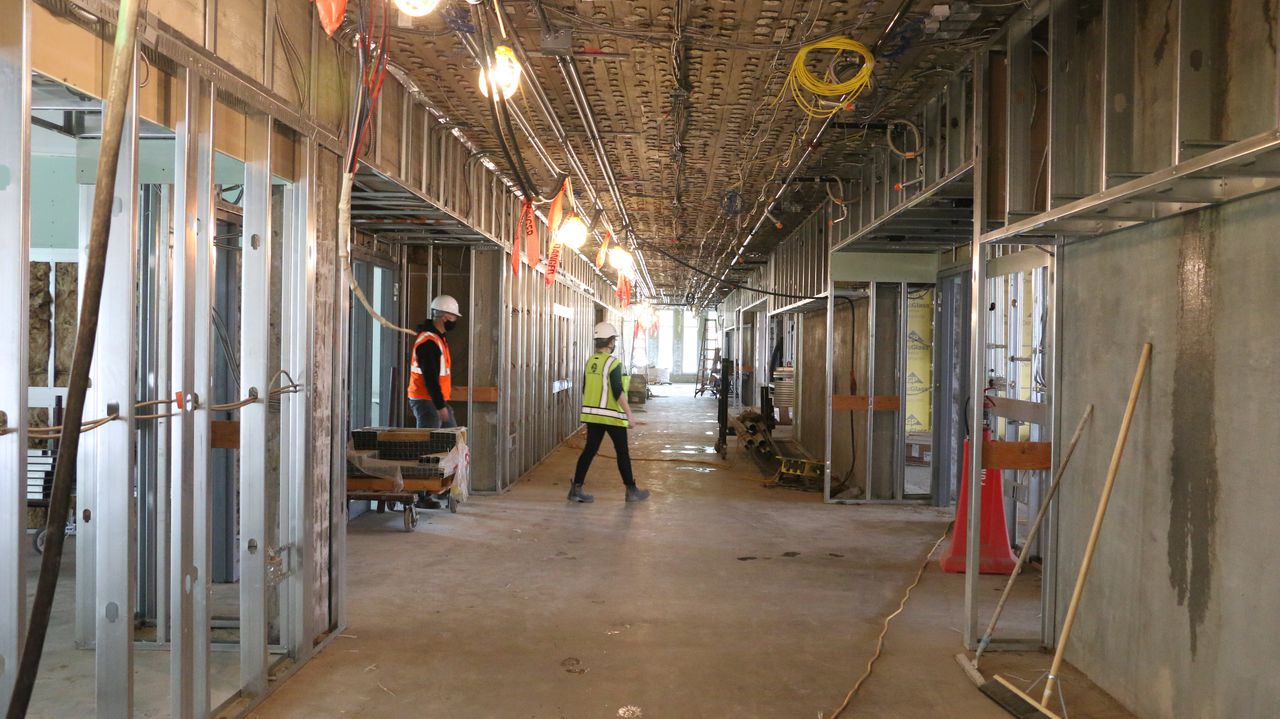 Decision-makers across the state’s largest district ultimately decided to put forth a leaner proposal to rebuild Oregon’s only high school in a historically Black neighborhood, fund support programs for students in the area and pump tens of millions into curriculum, technological investments and accessibility updates at a number of schools.

The price tag for the new “resiliency bond,” as district officials have called it, is $1.2 billion. The original pitch, which would have seen substantial rebuilds of Cleveland and Wilson high schools in addition to Jefferson, was $1.4 billion.

Yohannes, school board member Julia Brim-Edwards and Angela Jarvis Holland, executive director of the Northwest Down Syndrome Association, met with the Oregonian/OregonLive editorial board Monday as representatives for the bond campaign.

The news outlet, which obtained the results without the consent of the business group, did not say what percentage of voters surveyed support or oppose the bond or are undecided. The poll was designed to reflect the city as a whole, while Portland Public Schools’ boundaries exclude much of the city’s eastern one-third and extend beyond city limits elsewhere.

If the bond passes, officials plan to require property owners to pay $1.15 to as little as 53 cents per $1,000 of assessed value over 17 years to retire the $1.2 billion debt. They would structure the payments to drop down in steps in order to make room for future bonds, including a potential $900 million one in 2024, district documents say.

Should voters say no, the district will not take on any new debt backed by property taxes to fund construction projects.

The district hasn’t seen any notable opposition, although Jason Williams of the Taxpayer Association of Oregon has filed a “no” argument in the voters’ pamphlet, emphasizing the district’s faulty 2017 cost estimates and the uncertainty of schools’ physical needs during and in the wake of the pandemic.

The bond campaign’s few detractors on social media also point to the district’s handling of the 2017 bond, which came about $250 million short of delivering on Portland Public Schools’ promises that it would pay to remake three high schools and one middle school.

An audit commissioned by the school board found some employees in the district’s finance offices low-balled estimates without “rationale or explanation.”

Brim-Edwards said the district relied on “overly optimistic estimates and lack of appropriate contingencies” in 2017.

Once it knew it didn’t have enough money to pay for everything it promised voters, the school board voted to forge ahead with extensive renovations at Madison, Benson and Lincoln high schools and to completely rebuild Kellogg Middle School rather than scale down those plans to meet revised budget projections.

That means the district, and therefore those who own property in its bounds, are on the hook to pay $216 million more to finish planned construction on the Benson High campus.

Those costs are wrapped into the bond that voters are being asked to approve in the Nov. 3 election.

Brim-Edwards said Portland Public Schools leaders have learned from the district’s botched cost estimates three years ago. She stressed that the board has since hired a new superintendent and that the public has elected six new board members.

The November bond includes $13 million for accessibility upgrades at existing school buildings for students and staff with disabilities.

“Our schools are, on average, 65 years old,” Jarvis Holland said. “That takes us back to 1955. Of course we’ve got multiple issues. And access is one of them.”

While the pandemic shows no sign of slowing down and all of Portland Public Schools’ students are learning remotely, the district has still earmarked the largest chunk of its bond dollars, about $663 million, for construction work.

The Jefferson remodel will cost $311 million on top of the $216 million necessary to finish work at Benson and $13 million for accessibility upgrades across the district. Another $40 million will advance planning for extensive renovations at Cleveland and Wilson high schools, projects voters may be asked to fully fund in 2024.

The district would also spend $66 million to repair or replace roofs at 12 schools and another $17 million to seismically retrofit three of them.

District officials say the rebuild of Jefferson High, which is located in the heart of Portland’s historic Black neighborhoods and serves a largely Black and Latino enrollment, is a long time coming. Members of the bond campaign agree.

“We know place matters in education,” Yohannes said. “Place has been connected to opportunity.”

That’s why officials revised their original bond plans, which would see extensive renovations or rebuilds for three Portland high schools, to focus all new construction work on Jefferson, the high school that enrolls the district’s highest percentage of Black students.

The revised bond plans will also sprinkle $60 million across schools surrounding Jefferson to fund programming for what officials are calling the Center For Black Student Excellence. Yohannes calls it a “cradle to career pipeline.”

“What we’ve learned from what is happening on the streets and how we build a different kind of future is that we have to shoot for excellence. We can’t shoot for anything less than that,” she said.

Earlier this year, Superintendent Guadalupe Guerrero locked horns with some school board members over a $53 million line item in the revised bond proposal. That sum, which made it to the ballot, will pay for updated curriculum, some of which updates social studies material to include non-white perspectives on social issues and historical events.

“We purchased the biggest curriculum package that was offered to us,” Brim-Edwards said. “We went for the whole enchilada.”

The organization running the bond campaign, Portlanders For Safe and Healthy Schools, collected nearly $111,000 in contributions this year, according to state campaign finance records. It’s spent over $15,000 and has about $51,000 in outstanding invoices.

Among its largest donors are Nike, which contributed $35,000 in September, and Portland General Electric, which donated $20,000. School district officials, including interim General Counsel Liz Large and Chief of Staff Stephanie Soden, also contributed to the campaign. Each gave $1,000.

If voters approve the bond, the district will also plunk down $128 million on technological upgrades for its school buildings and to buy enough new Chromebooks to ensure every student has a device capable of handling the processing power distance learning requires.

“We made a commitment last spring that no student will lack a device,” Brim-Edwards said, noting she believes the pandemic highlighted how badly Portland Public Schools had to update its stock of devices. “We did need to make an investment, regardless of whether it happened or not.”

Eder is The Oregonian’s education reporter. Do you have a tip about Portland Public Schools? Email [email protected].