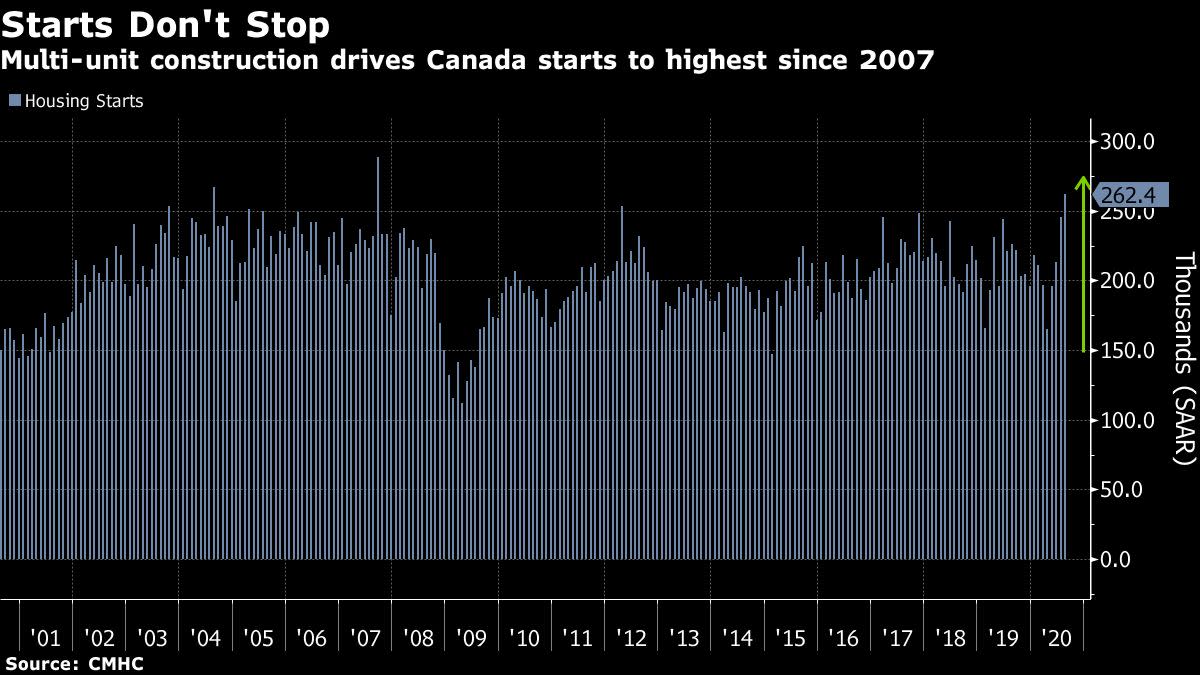 (Bloomberg) — Construction on new homes surged to the highest level in more than a decade as Canada’s housing market continues to defy expectations of a slowdown.

Housing starts surged to 262,396 units in August on an annualized basis, up 6.9% from an already elevated 245,425 units a month earlier, Canada Mortgage and Housing Corp. said Wednesday in Ottawa. The highest monthly total since September 2007 was powered by new construction in Toronto and Vancouver, particularly multiple units like condos.

It’s the latest sign of a housing market that’s booming, even as the economy emerges from the steepest downturn since the Great Depression. Prices for existing homes in the largest cities such as Toronto have climbed to record highs on the back of strong demand, scant inventory and historically low borrowing costs.

Multiple-unit starts in Toronto surged in Toronto, Vancouver and Ottawa, CMHC said. But there may be drawbacks.

“The fact that so much of the recent strength has been focused in the multi-unit sector presents a risk,” Rocye Mendes, an economist at Canadian Imperial Bank of Commerce, said in a report. “As demand from both immigration and students has waned recently, rents have been falling, potentially leading to less interest from investors in the months to come.”

Mendes predicts the pace of building activity will “cool as the year winds down, particularly as mortgage and other loan payments resume after a period in which many households took advantage of deferrals.”