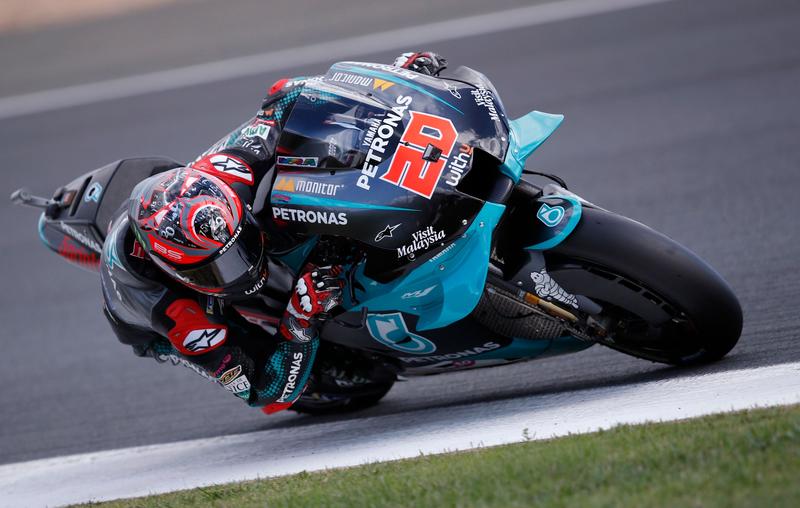 Championship leader Quartararo powered through the final sector at the Bugatti Circuit to produce a near-faultless lap of one minute 31.315 seconds, finishing 0.222 clear of Miller.

Petronas Yamaha’s Quartararo will be starting at the front of the grid for the first time since the second round in Jerez in July.

“It feels special because the conditions were really tricky,” the 21-year-old said.

“I was very confident after yesterday’s practice sessions. I knew where we had to improve and where we could take the risk.

“I think we have the pace to fight for victory tomorrow.”

Despite having to come through the Q1 session for the pole shootout, Ducati rider Danilo Petrucci delivered the third fastest time to secure his first front-row start since the 2019 Italian Grand Prix.

Italian great Valentino Rossi put in a late charge for a pole on his Yamaha factory bike but could only manage 10th place on the grid for Sunday’s race.

Championship contender Joan Mir endured a difficult qualifying phase on his Suzuki as he finished 14th after a crash in the final practice session.

Quartararo leads the championship with 108 points — eight ahead of Mir and 18 clear of Yamaha’s Maverick Vinales.

Reporting by Hardik Vyas in Bengaluru; Editing by Ken Ferris