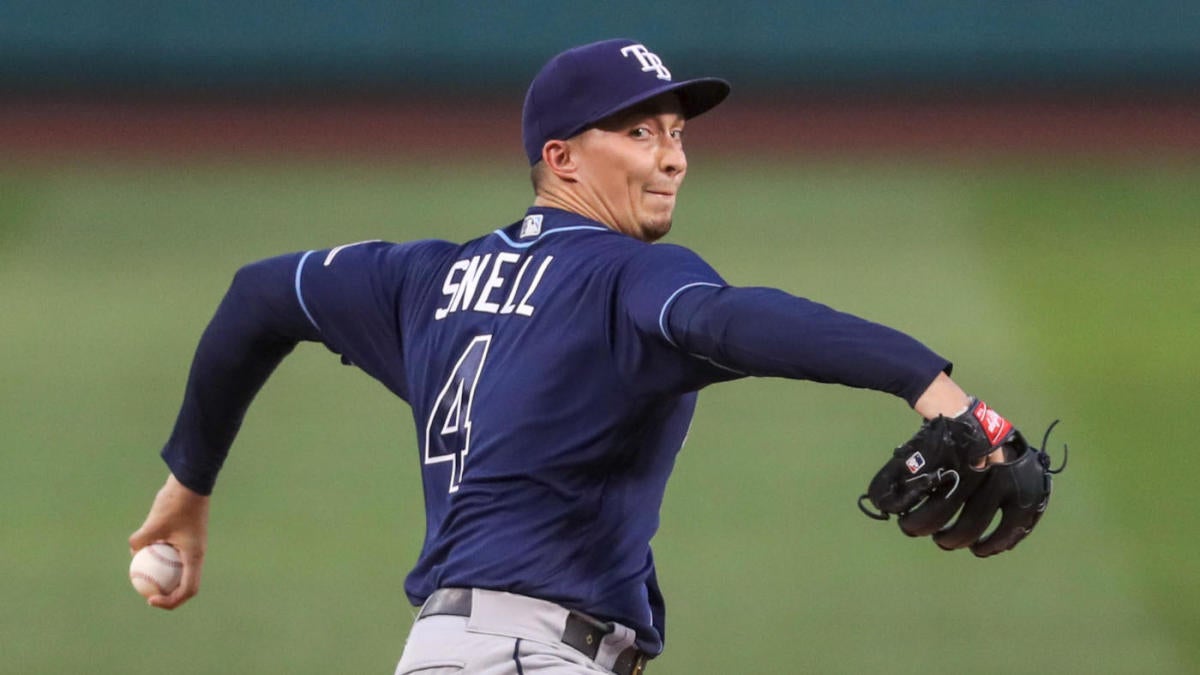 Like most people heading into the series — at least from what I’ve seen — I picked the Yankees to win. I think it’ll be close and hard fought, though, and I wonder about the Rays sitting around with their 40-20 regular-season record and fairly easy two-game sweep of the Blue Jays seeing nearly everyone picking the Yankees. Maybe stuff like this doesn’t matter, but maybe it does? These are human beings playing a game, after all. Heading into Game 1 in Petco Park, the Rays are decent underdogs, so let’s take ’em.

Lefty Blake Snell gets the ball for the Rays and I’m not expecting the Yankees to see him much more than one time through the order. Snell held hitters to a .140/.253/.209 slash on the first time through this season. The line rose to .307/.350/.627 on the second time through. In Game 1 of the wild-card round, Snell did last 5 2/3 innings, but he had a no-hitter going through five and had only allowed one baserunner. He was cruising, so manager Kevin Cash left him in. In the sixth, Snell gave up a single, got two outs and then was removed. Basically, I expect Snell to get through the order once and then at the first sign of trouble, he yields to the righty-heavy bullpen arsenal. Nick Anderson, Diego Castillo and company are incredibly hard on opposing right-handers and that’s mostly what the Yankees have.

I like Gerrit Cole here and expect it’ll be relatively low scoring, though with the firepower here that over/under of seven was too low for my tastes. We’ll just take the Rays here with their superior run prevention.

The A’s are the much better overall team, as evidence by winning the division by seven games and winning seven of the 10 head-to-head games these two teams played in the regular season. Now, many of us said the Twins were the better team and the Astros made us look foolish, though I submit that was more a choke-job on the Twins’ part. I’m still not buying the Astros.

A’s starter Chris Bassitt is on some kind of run right now. In his past four regular-season starts, he pitched to a 0.34 ERA with 25 strikeouts against five walks in 26 2/3 innings, a run that started with seven scoreless innings against these Astros. In a must-win Game 2 against the White Sox in the wild card round, Bassitt got through seven scoreless innings again before leaving after a single and seeing that run later score.

The Astros counter with Lance McCullers, who is pretty curveball heavy. Should he lay off it a bit in this game? Stephen Piscotty (.313 average), Tommy La Stella (.409), Chad Pinder (.625) and Sean Murphy (.364) all hit the curve awfully well this season.

I like the A’s here and even if it’s close, it’ll be more a save situation with Liam Hendriks with a three-run lead than a one-run game.

Further, remember this game is at Dodger Stadium. That bodes well for right-handed power. When sorting for right-handed hitters, only Fenway Park (Green Monster!) and Yankee Stadium (look at the Yankees’ right-handed hitters) had higher slugging percentages than the .479 mark posted in Dodger Stadium. Righties hit 64 homers in Dodger Stadium this season, trailing only Yankee Stadium and Guaranteed Rate Field (White Sox). Sure, a lot of it would be the Dodgers being awesome, but the stadium has played very well for righty power for the past several years. I wanted to grab an A’s righty for this prop, so Murphy is the pick.