Those living in the Quail Hollow and Town East Estates neighborhoods are the next Mesquite residents to have their streets designated for road repairs.

The Mesquite City Council approved two separate contracts at a Monday night meeting, clearing the way for localized concrete repair on streets, sidewalks, gutters and curbs. The work will begin as soon as next month. 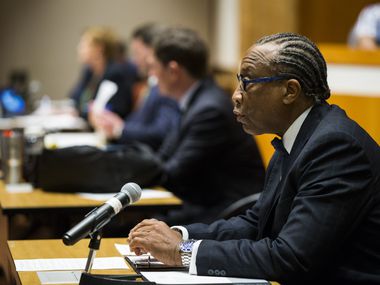 “Quality streets in our neighborhoods is vital to maintaining community pride and curbside appeal of our housing stock,” Mesquite Mayor Bruce Archer said in a statement. “The City Council is committed to repairing as many residential streets as possible, as quickly as we can. Improving streets also improves neighborhood vitality.”

He said the council is aware that there are still several neighborhoods that need repairs and the city is working as fast as it can to get to them.

Road work is already in progress on six miles of road in the area south of South Parkway and east of Peachtree Road. Those projects, and the pair that was recently approved, are part of the city’s ongoing Real Texas Roads bond program, approved by voters in November 2015. That program has resulted in improvements on 33 miles of two-lane residential roads, according to the City of Mesquite.