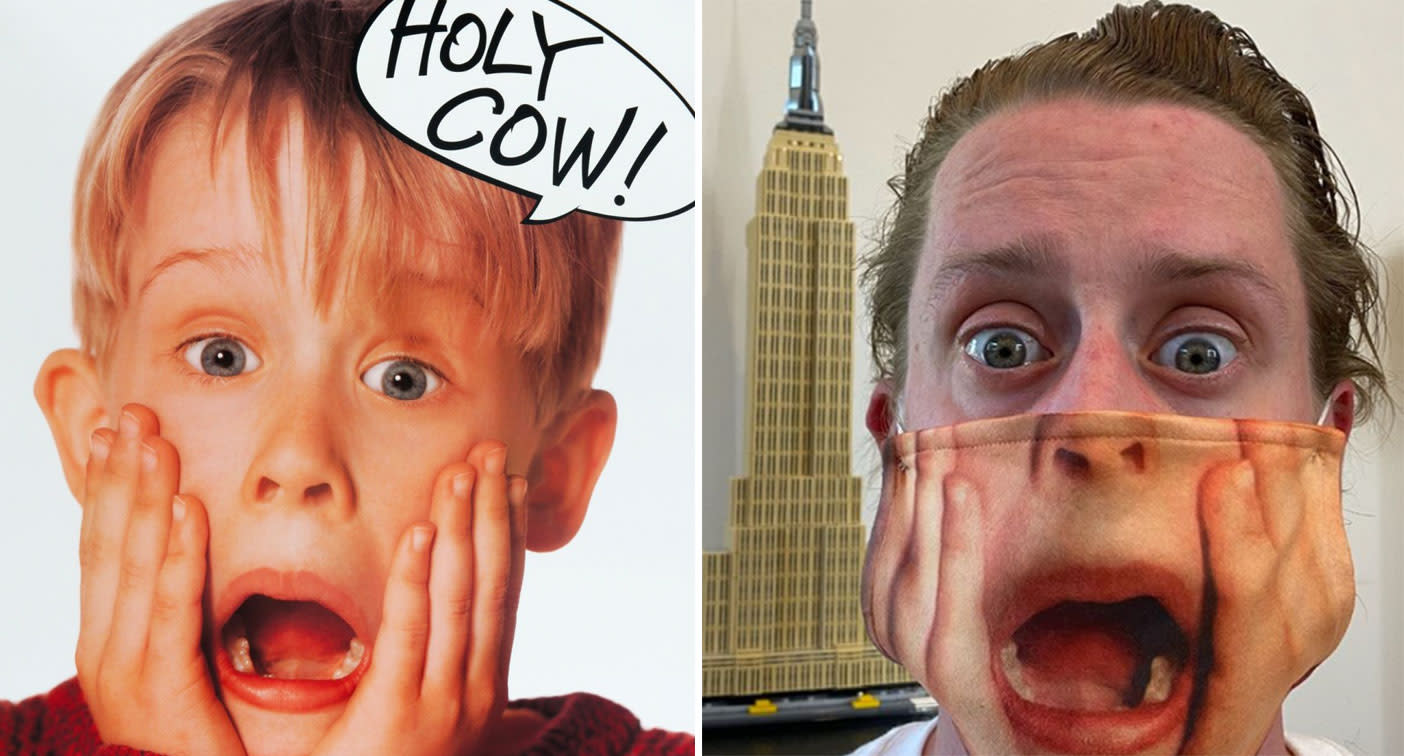 Macaulay Culkin has caused a stir on social media by recreating the iconic poster for his 1990 movie Home Alone, using a unique face mask.

The 40-year-old actor quipped that he was “wearing the flayed skin of my younger self” as he posed next to a Lego model of the Empire State Building.

Culkin is set to make a high-profile return to acting with a role in the upcoming next season of American Horror Story, having only appeared on camera sporadically since his child star heyday in the 1990s.

He urged his 1.1 million Instagram followers to wear their masks as well, in order to minimise the spread of the coronavirus pandemic.

The unconventional choice of face covering immediately sparked discussion on social media, with Culkin’s picture widely shared on both Instagram and Twitter.

Natalie Portman was among the famous faces to praise Culkin on Instagram, commenting that the photo was “so good”, while Star Trek actor Wil Wheaton dubbed it “amazing”.

One Twitter user, who was not impressed by the mask, compared the fashion choice unfavourably to the star’s work in the critically reviled 1994 comedy Richie Rich.

Now considered a Christmas movie classic, Home Alone served as Culkin’s breakout role, though he had previously appeared in films including Uncle Buck.

He reprised the character of Kevin McAllister for the 1992 sequel Home Alone 2: Lost in New York, which featured a cameo from Donald Trump — in his pre-presidential days.

The rights to the Home Alone franchise were acquired by Disney as part of its merger with 20th Century Fox, and a new film is in the pipeline for Disney+ from Borat writer Dan Mazer.

Jojo Rabbit actor Archie Yates will play the lead role and Culkin is reportedly due to make a cameo appearance as Kevin.

Culkin stepped away from acting at the tail end of the 1990s and appeared only occasionally in films and television throughout the 2000s and 2010s.

From 2013 until 2018, he was the frontman of Velvet Underground parody group The Pizza Underground.

Last year, he appeared in Seth Green comedy Changeland and his new role in the next season of Netflix smash American Horror Story will be his biggest role since he returned to the acting world.