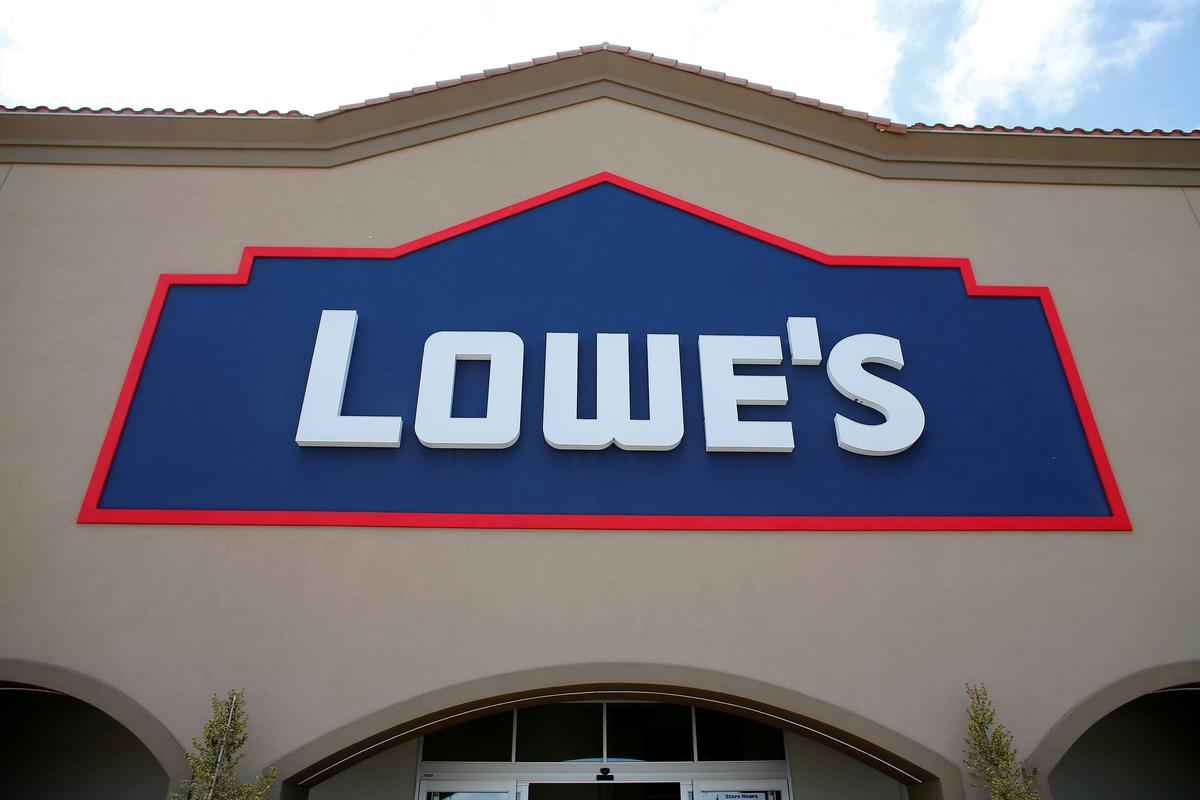 (Reuters) – Lowe’s Cos Inc (LOW.N) blew past analysts’ estimates for quarterly sales and profit on Wednesday as it benefited from a surge in demand for paint, tools and barbecue grills from consumers stuck at home due to the COVID-19 pandemic.

The company also posted a 34.2% rise in quarterly same-store sales, beating analysts’ estimates for a 13.2% increase, and said the sales momentum was carrying into August, although it would likely taper off in later months.

With a large base of do-it-yourself customers, Lowe’s has been among the chief beneficiaries of people undertaking minor home repair, painting or gardening work during the crisis.

That helped the company’s same-store sales far outpace those of larger rival Home Depot Inc (HD.N), which relies more on demand from handymen and professional contractors, whose businesses have only recently started to pick up.

Wedbush Securities analysts estimate that nearly 75% of Lowe’s sales come from DIY customers, compared with about 55% for Home Depot.

“Lowe’s Q2 is one for the record books,” Well Fargo analysts wrote, adding it could still see the benefits of more people moving out to suburban areas – closer to where a majority of its stores are located.

Lowe’s said it expects strong home-improvement demand to continue into the holiday season, but would still likely need to step up promotions from second-quarter levels.

Net earnings rose nearly 70% to $2.83 billion, or $3.74 per share, despite the company spending about $460 million on improving store safety, as well as on additional compensation for employees working during the crisis.

Excluding items, the company earned $3.75 per share, while analysts were expecting a profit of $2.95.

Reporting by Uday Sampath in Bengaluru; Editing by Anil D’Silva