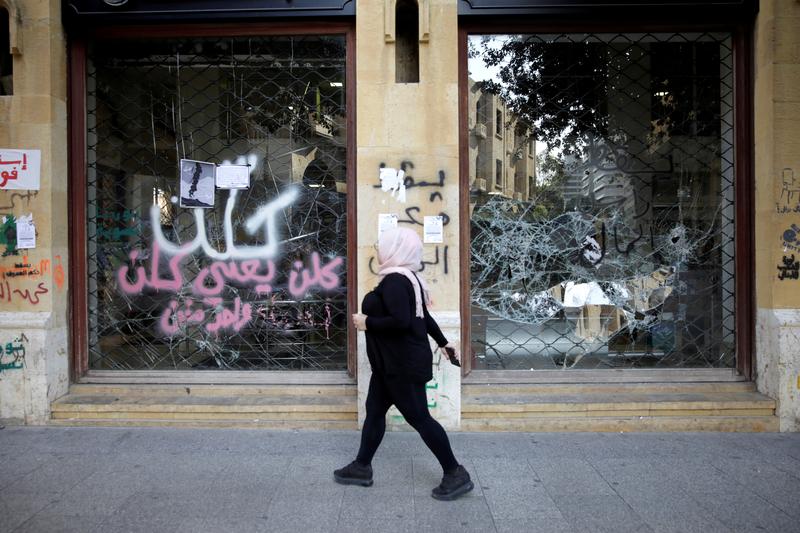 BEIRUT (Reuters) – The Lebanese parliament has passed a law allowing students abroad to transfer $10,000 out of Lebanon at an official exchange rate far below the street rate, a move to help those struggling to pay foreign fees amid a deep economic crisis.

Lebanon’s banking system has been paralysed since last year, as a liquidity crunch left the nation unable to repay its massive debts. Lebanon’s pound crashed, while banks severely restricted dollar withdrawals, blocked transfers and cut card spending limits abroad down to as little as $15 a month.

This left many Lebanese students around the world struggling to pay fees or meet daily expenses.

Many Lebanese remain sceptical banks will deliver even with a new law, after a year in which the banks have tightened controls on transfers even without legislation in place.

The street value of the Lebanese pound — officially pegged at 1,500 to the dollar — has plunged to about 8,000. Dollars have grown scarce on the black market.

Parliament passed a law on Wednesday, the first of a two-day session, allowing students or their guardians to make a one-off transfer of up to $10,000 at the rate of 1,515 to the dollar. It applies only to students who began studies abroad before 2020.

It takes effect after publication in the official gazette.

Several students have had to cancel or defer plans to start studies abroad this academic year, as banks refused to let them transfer dollars to pay fees.

At the start of the economic crisis, banks had pledged to transfer dollars for urgent needs, such as medical or college fees. But clients say most requests were blocked.

“There’s no money in the country. So where will these dollars come from?” said a Lebanese student in France, whose parents’ savings in Lebanese pounds had lost value.