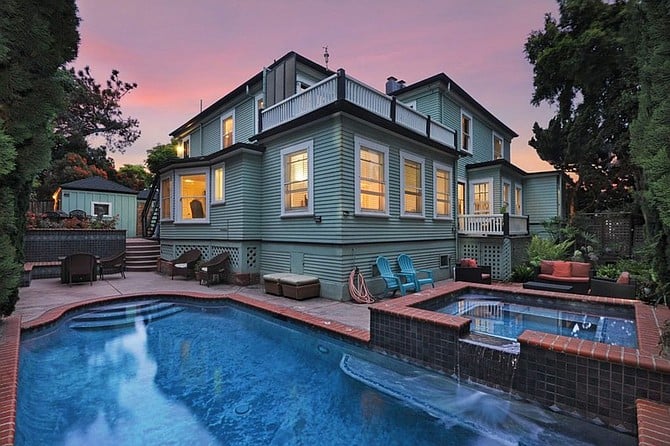 Own a piece of Old La Jolla, even if your money’s new.

In the early 1900s, many outlying areas of San Diego were experiencing severe contractions following a speculation-fueled housing boom in the 1880s and early 1890s. At the time, areas such as La Jolla were so sparsely populated that no formal system of addresses had been adopted. Instead, most homes adopted the names of their owners, so the six-bedroom, six-bath home built in 1910 on what would eventually become the 400 block of Prospect Street was simply known as the Kline House.

In 1920, the 3660-square-foot home was moved from its original Prospect location to a quarter-acre lot at 438 Ravina, under the direction of Ellen Browning Scripps, a noted local journalist and philanthropist. It’s still there, just a few hundred feet east of Whispering Sands Beach and the La Jolla Tide Pools in the heart of La Jolla Village.

According to listing materials, the “light-filled, expansive home is located just one block from the beach, and it’s a short stroll to the museum, village restaurants, and shops as well as the theatre and symphony.” 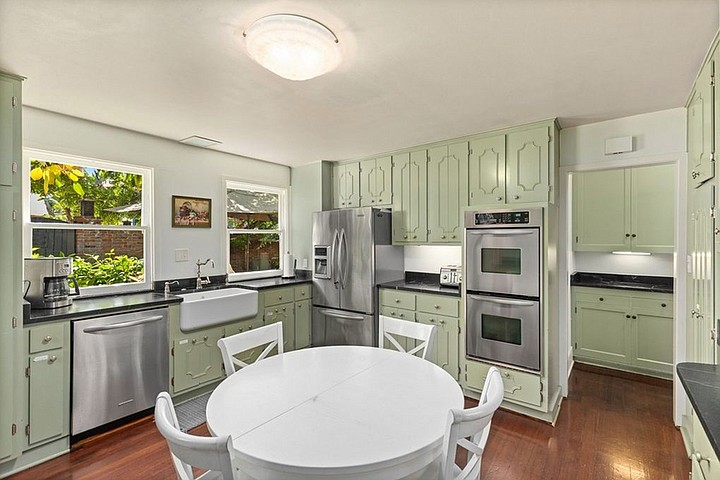 The kitchen: updated, but not too updated.

Outside, prospective buyers can “entertain all year long with an open-air kitchen, dining area, and saltwater pool and spa” flanked by expansive brick patios afforded shade and privacy by the yard’s mature, manicured trees.

While parking in the middle of La Jolla can be a pain, the home’s pair of one-car garages and additional five off-street spaces provide plenty of space for residents and their guests.

The Kline House last sold in 2005, when it was purchased for a reported $2.4 million by attorney Rick Knock and his spouse Jennifer. They currently use the property as a short-term vacation rental, where it’s advertised as holding up to 14 people for $760 per night.

Several attempts have been made to sell the property, dating back to 2011. Listing prices ranging from $2.99 million to $3.6 million in 2011, 2012, and 2014 failed to attract a buyer. After sitting off-market for about six years, the Kline House was offered for sale again in late July with an asking price of $3,199,999 that remains unchanged to date.