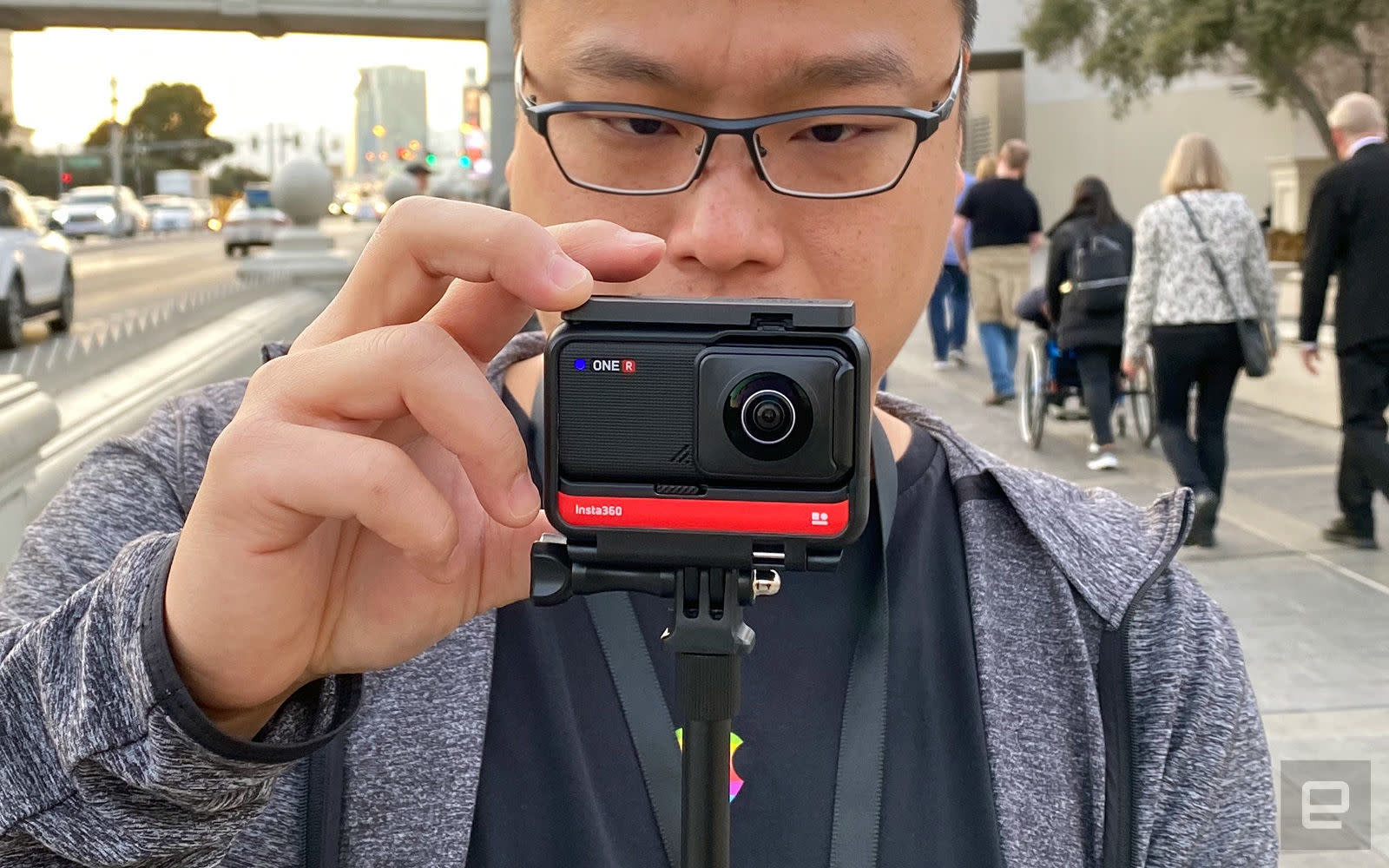 It’s only been over a week since the Insta360 One R gained compatibility with Matterport for generating 3D spaces, but the camera maker is already back with another announcement: a third major update for its modular action cam. This release claims to offer significant improvements in terms of image quality, with a new “PureShot” AI shooting mode achieving wide dynamic range faster than conventional multi-shot auto exposure bracketing. In general, shots should now be more detailed and vivid as well thanks to the higher bitrate and new color profile, respectively. Audio quality should also see a boost thanks to a new wind reduction technique plus general noise reduction improvement.

Users who go diving with their One R — which is waterproof up to a depth of 5 meters or 16.4 feet under water — will also be pleased to hear that this update comes with “AquaVision” support. This uses AI to correct underwater colors in the Insta360 mobile app or Insta360 Studio desktop editing suite. It’s perhaps not as convenient as, say, GoPro’s on-the-go correction using its GP1 chip, but some users may prefer having the option to edit afterwards instead. Either way, this saves you the trouble of attaching external filters before diving, or having to manually fix the colors afterwards.

Much like GoPro and many other camera makers, Insta360 is finally letting you use its One R as a full-HD USB webcam. Better yet, when mounted with the 4K Wide Angle Mod, the One R can automatically adjust the digital zoom level to keep all subjects in the frame. You can also use the 360 Mod in webcam mode, which offers a split screen output from both lenses.

Another notable new feature is 360 live streaming. Considering its predecessors, I was a little baffled by the fact that the One R launched without 360 live stream support, but better late than never. Once updated, the One R can stream in conventional “360 Live” mode or “Reframe Live” mode, with the latter allowing the user to control the perspective in real-time.

The rest of the new goodies include remote voice control via Apple AirPods, faster wide-angle video workflow thanks to the default file set to MP4 now, a new Final Cut Pro X plugin for Insta360 Studio (along with the existing Adobe Premiere Pro plugin), new AI Shot Lab templates for auto-edited clips, improved low-light stabilization and more. Not bad for a camera that’s only been launched for about nine months.