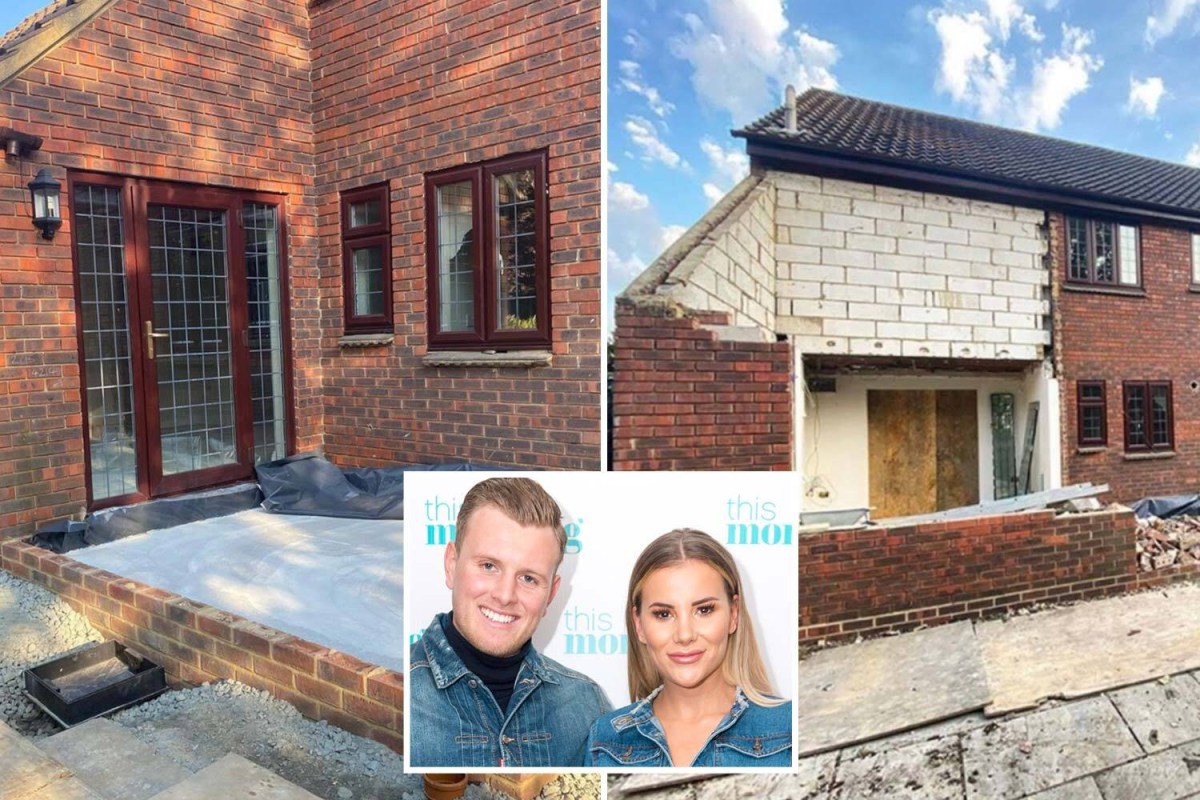 TOWIE stars Georgia Kousoulou and Tommy Mallett have revealed their incredible home renovation as they build their dream mansion in Essex.

Georgia, 29, and her beau Tommy, 28, have walked their fans through every step of the mega project on Instagram – even sharing photos of homes that inspire them.

Georgia, who joined Towie in 2018, told fans: “A lot has changed today”

Her latest snap reveals her dream home is in its very early stages, with the stars building an extension onto the side of the house.

Bricks and timber are layed out on the patio as they work on the shell of the property.

Showing fans inside her home, Georgia has posted photos of her dream bathroom and hallway and revealed how she hopes they will look after she transforms them, sharing her “inspo” pics.

The reality couple have a dedicated page @GeorgiaKHome for the renovation, which has already clocked up over 140k followers.

From flooring to wall colours, Georgia has been sharing all the gorgeous little details she’s been adding to the swanky pad.

One detail that is already compleye is a kitsch, old fashioned dial-up phone, that Georgia revealed is taking pride of place under the stairs.

The Towie cast member also shared with her fans the current look and feel of her and Tommy’s huge kitchen, which she revealed they planned on doing up and changing drastically.

She wrote under the series of photos: “Current kitchen space .. swipe to compare the new plan! As you can see the current kitchen [sic] is beautiful & very well done!

“The only problem for me is the space  .. I like an open plan space & this kitchen is currently long and not sociable.”

Georgia went on to reveal they planned on moving the utility and bathroom to where the kitchen is, and knocking down two walls to extend the room and make it open plan and airy.

She revealed work had already begun to make their kitchen, with a heavy duty digger lifting out a large chunk of their back garden and patio.

Georgia and her beau Tommy Mallet, 28, are a staple feature of the show.

Despite an initial shaky start, the pair have grown stronger together with characteristics like his fierce loyalty and clear affection for Georgia earning him a place in viewer’s hearts.

Georgia joined the Towie cast in 2014 for the 11th series and was recently spotted filming for the new season.