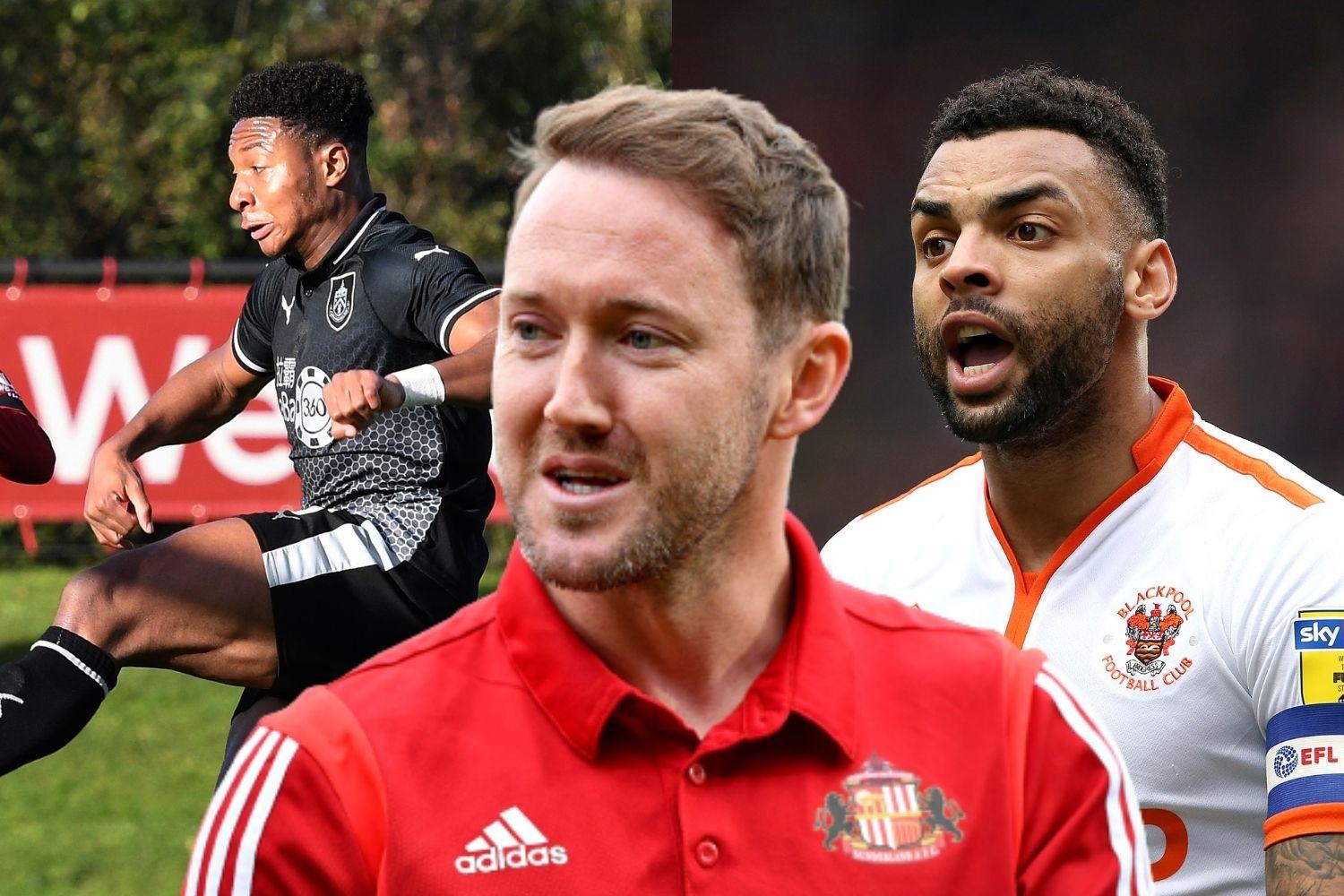 Sunderland have until 5pm on Friday to finalise their business, with Phil Parkinson still active on several fronts ahead of the deadline.

And with a clear week ahead of him, and a weekend without game having just passed, transfers are a prime focus at the Academy of Light.

So what deals do the Black Cats still want to do before this week’s deadline? We take a look:

It’s no secret that Sunderland have long been in the market for a left-sided defender, and have observed a number of potential options.

Demetri Mitchell spent time on trial at the Academy of Light earlier this summer, while former Burnley youngster Ali Koiki is another name who has reportedly been under consideration by the Black Cats this summer.

Then there was Luke Garbutt, who Parkinson pushed hard to sign before the introduction of the salary cap, only for player and agent to decide to hold out for a Championship move. It never came, and the left-back signed for Blackpool.

So much of Parkinson’s focus this week will be on securing that competition for Denver Hume. The academy graduate’s performances in the early weeks of the season may mean any potential recruit is brought in as an understudy, but Parkinson will be acutely aware that he will need someone able to deputise for Hume this term; given the hectic nature of League One, rotation on the left flank will be required at some point.

It would be a major surprise if Sunderland did not bring in another option in that area before Friday’s deadline.

And it is also looking increasingly likely that Parkinson will need to add a central defender to his ranks.

With Arbenit Xhemajli’s knee injury understood to be far from a short-term problem, and Morgan Feeney sidelined for up to four months, cover at the back is limited.

Rotherham United defender Curtis Tilt has been touted as a potential option, but it would be little surprise if Parkinson sought out another option similar to Feeney – who, crucially, would be exempt from the salary cap.

Expect a host of other central defenders to be linked with the Stadium of Light now Sunderland’s need for one is known.

Over and above the defensive additions, there are a number of other potential deals that Parkinson could consider.

Leeds United midfielder Robbie Gotts is one name who has been mentioned in recent weeks, with the Sunderland boss coy on those links when quizzed by The Echo last week.

Gotts has a number of admirers in League One and the Championship and, given the Black Cats are fairly well-stocked in central midfield, it’s a deal that is unlikely to happen.

It’s an area the club have clearly considered in the past, given the interest in Mateo Bajamich, but the priority for now lies in defence.

Parkinson may well consider attacking reinforcements before the deadline, yet given the injury situation at the back it’s that area which will be the subject of much of the Black Cats’ focus.

To add an extra layer of complication to things, there are also the League One salary cap and squad limit to bring into the equation.

While the Black Cats have plenty of space in their 22-man squad, it’s navigating the salary cap that could prove tricky.

Sunderland have a limit of £2.5million per season to spend on wages this term and, while signings made before its introduction were counted at the League One average wage, subsequent deals will count in full.

The Black Cats are understood to have some room beneath the wage ceiling, but will have to box clever in the final days of the window.

Of course, any player aged less than 21 on January 1 this year will not count towards the salary cap – so it would be no surprise to see Parkinson consider some younger alternatives this week.

And with the Premier League window having shut for the most part, we could now see top flight clubs allow some of their talented youngsters out on loan.

So could this be an option for Sunderland?

Parkinson has been clear that any loan signings would have to be an improvement on what is already in the building, but financially these deals could make sense for the Black Cats.

An area to watch with interest.

HEADING OUT THE OTHER WAY

While the majority of Sunderland’s focus will be on bringing in new players, we could also see some outgoings from the Academy of Light.

Aiden McGeady’s future remains unclear. The winger is currently nursing an injury and is set to return to training with the under-23 side when he returns to fitness.

Parkinson has been clear that the 34-year-old will be allowed to leave the club, and there may be hope that a deal can be struck before the window closes.

Elsewhere, there has long been talk of some of the Black Cats’ under-23 side heading out on loan.

Goalkeeper Anthony Patterson is a player who has could benefit from a temporary move away from Wearside, while Benji Kimpioka could also be allowed out on loan if he can’t break into the first-team fold.

These moves could still be completed outside the window, though, depending upon which division the youngsters would be heading to.

No rush on that front, then, as Sunderland focus largely on incomings.

A message from the Football Clubs Editor:

Hi, our aim is to provide you with the best, most up-to-date and most informative coverage of YOUR club every single day, home and away, 365 days a year.

This depth of SAFC coverage costs, so to help us maintain the high-quality reporting that you are used to from the football team at the Sunderland Echo, please consider taking out a subscription to our new discounted sports-only package.

Your support is much appreciated.