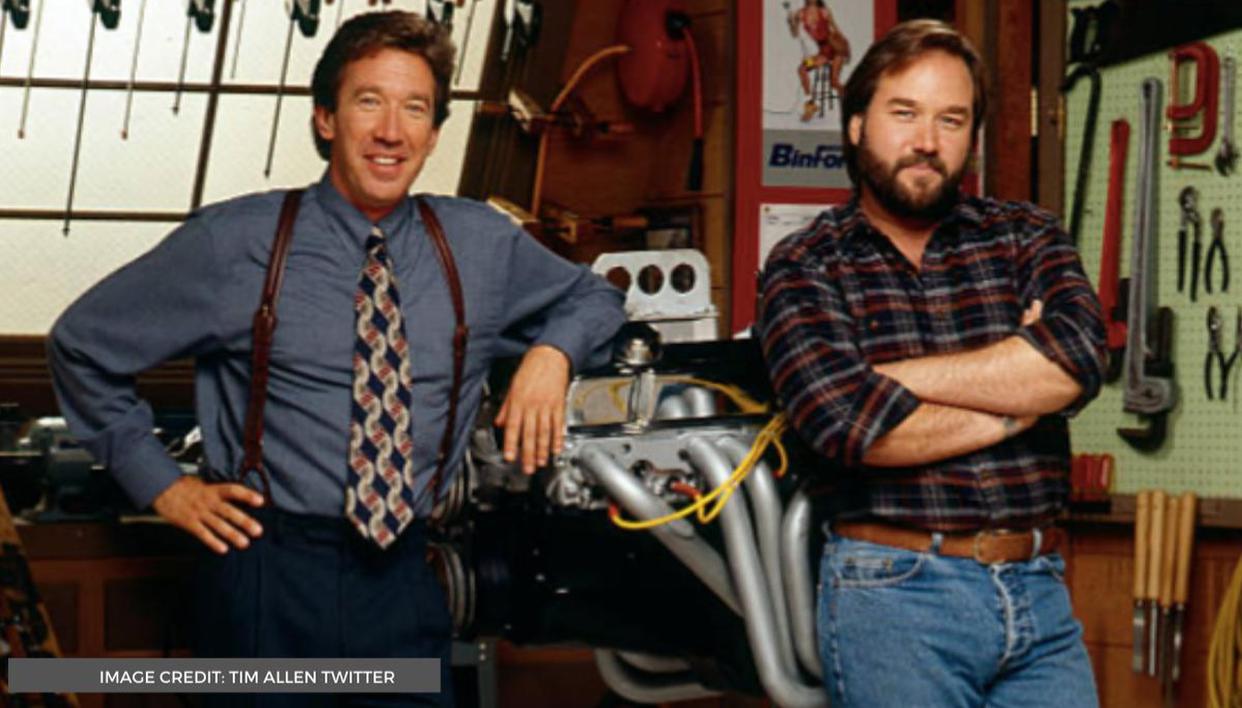 Tim Allen and Richard Karn are the famous duos from 1990s sitcom, Home Improvement. The show was famous for having the show-within-show concept where the lead characters focussed on various elements of home improvement. The lead Home Improvement cast is now all set to reunite after almost two decades with History Channels’ building competition. Here’s what this is about.

Tim Allen and Richard Karn to reunite for a building show

The new show called ‘Assembly Required’ will be a competition between some of the best builders from across the USA. They will be judged at their home workshops where the contestants are required to give a new spin to the old household items which need to be fixed. ‘Assembly Required’ will judge and measure their skills and how they manage to turn something broken and old into something new and fabulous.

Tim Allen and Richard Karn will feature together in ‘Assembly Required’. While Allen will star in it, Karn will be the host. They will also talk about the history of the item that requires fixing- who built it and the techniques used in the process. Allen will also double up as the show’s executive producer.

Tim Allen released a statement about his attendance on the show which said that today’s world is what is known as the ‘throwaway society’. Broken things are thrown away and replaced by new ones.

People are forgetting about “repair” and “rebuild”. His idea behind ‘Assembly Required’ is to make people understand the importance of rebuilding or repairing their things. Allen also tweeted about his new show along with a picture from his Home Improvement days with Richard Karn.

Also Read: Tim Allen Reacts To Death Rumours On Twitter, Says ‘Imagine My Surprise When I Woke Up’

‘Assembly Required’ was announced on Tuesday, August 25. The show will a 10-episode series which will air in 2021. Tim Allen and Richard Karn had starred together in the former’s Last Man Standing (Karn appeared in the last two episodes) making ‘Assembly Required’ their third collaboration together.

In other news, Home Improvement was based on a TV host (played by Tim Allen) and his co-host (Richard Karn) who appeared in a short TV programme called ‘Tool Time’ every day. However, it seems that Allen’s character was not at all adept at the handyman tasks. He would often find himself in various kinds of troubles which formed the plot of every episode. Home Improvement aired from 1991 to 1999.

Also Read: BLACKPINK And Selena Gomez’s ‘Ice Cream’ Has A Connection With BTS’ ‘Dynamite’, Find Out

Get the latest entertainment news from India & around the world. Now follow your favourite television celebs and telly updates. Republic World is your one-stop destination for trending Bollywood news. Tune in today to stay updated with all the latest news and headlines from the world of entertainment.