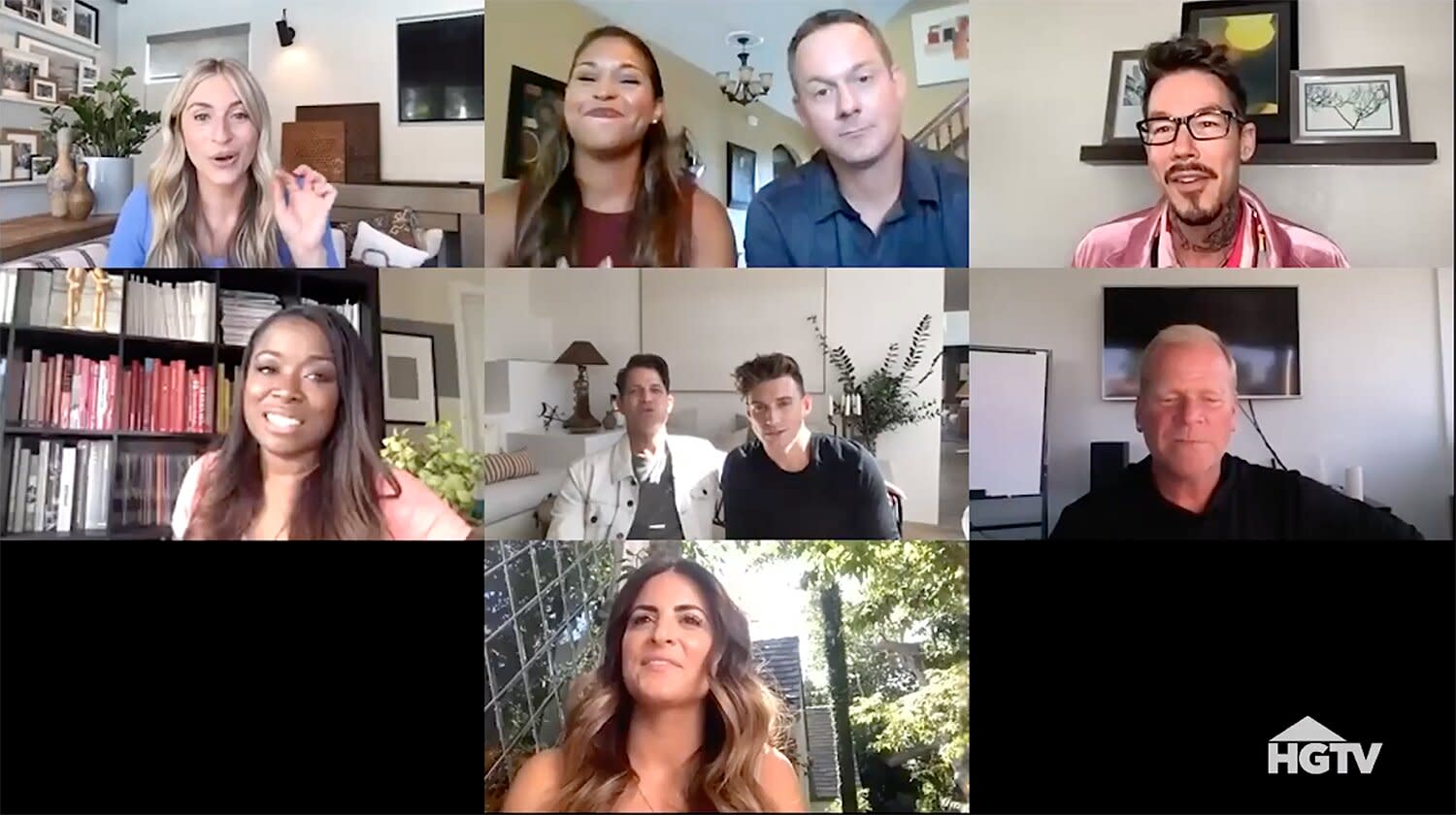 Plus, Trading Spaces carpenter Ty Pennington will be the new host!

In an exclusive first look at the new season, above, Jasmine Roth, the winner of Rock the Block season 1, calls each of the teams via video chat to introduce them to their competition. The duos are thrilled to see some familiar faces — and seem a little nervous at times about facing off against such seasoned pros!

The handy duos will work together to completely transform identical, three-story homes on the same suburban block in just one month, each with a budget of $225,000 (last season’s budget was just $175,000). Special guests will pop up along the way to judge them on their design challenges, and the overall winning team will go home with bragging rights and their names on the block’s street sign.

Season 1 of Rock the Block, which premiered in October 2019, was hosted by Drew Scott, and featured Good Bones’ Mina Starsiak Hawk, Restored by the Fords’ Leanne Ford, Hidden Potential’s Jasmine Roth and Windy City Rehab’s Alison Victoria competing for the title. Each competitor put up a fight — and engaged in plenty of tool swinging — but in the end, it was Roth who took home the inaugural title.

RELATED VIDEO: Jasmine Roth on Winning ‘Rock the Block’: ‘Just Being A Part of the Show Was a Win’

Jasmine Roth on Winning ‘Rock the Block’: ‘Just Being A Part of the Show Was a Win’

“Nothing says high stakes like double the stardom, double the personalities, and double the fun!” Jane Latman, the president of HGTV said in a press release for the new season. “Expect to see impressive displays of strategy, creativity and incredible designs from these top stars in Rock the Block — definitely bring the popcorn.”

Rock the Block Season 2 will premiere in early 2021 on HGTV.