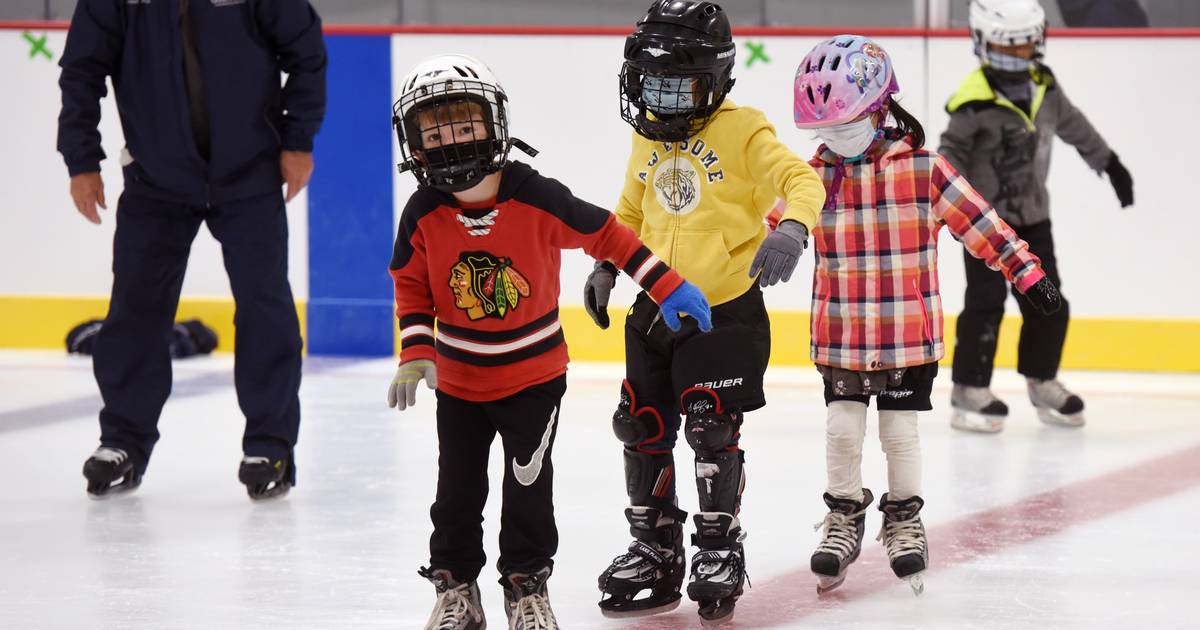 COVID-19 restrictions that started in March caused supply-chain and worksite issues, but despite those obstacles, the project was completed on time and within budget, McCarthy said.

Because of the pandemic, the number of guests allowed to attend the grand-opening event was limited to 50, and it was live streamed so people could watch from home.

Soloist Wayne Messmer, best known for his singing of the “Star-Spangled Banner” at Chicago Blackhawks, Wolves and Cubs games, sang the national anthem.

Speeches by McCarthy and Glenview Park Board President William Casey were followed by a ribbon-cutting ceremony. Afterward, there were on-ice demonstrations on the original rink by members of a Glenview Stars hockey team and a Glenview Blades figure-skating team.

Also part of the renovation were the North Branch on Ice restaurant upstairs, which is due to open Oct. 1, Joe Donut downstairs, a dryland training facility, meeting rooms and a pro shop, said Lori Lovell, superintendent of special activities for the Glenview Park District.

Skaters first used the ice center Sept. 8. While figure-skating competitions can take place with proper protocol being observed, Illinois has classified hockey as a higher-risk sport in regard to COVID-19 and team activities have been limited to practices.

“Hockey is still listed as higher-risk, so we don’t have games going,” Lovell said. “We’re still letting them practice, and what they’re doing at practice is they’re doing conditioning and skills.”