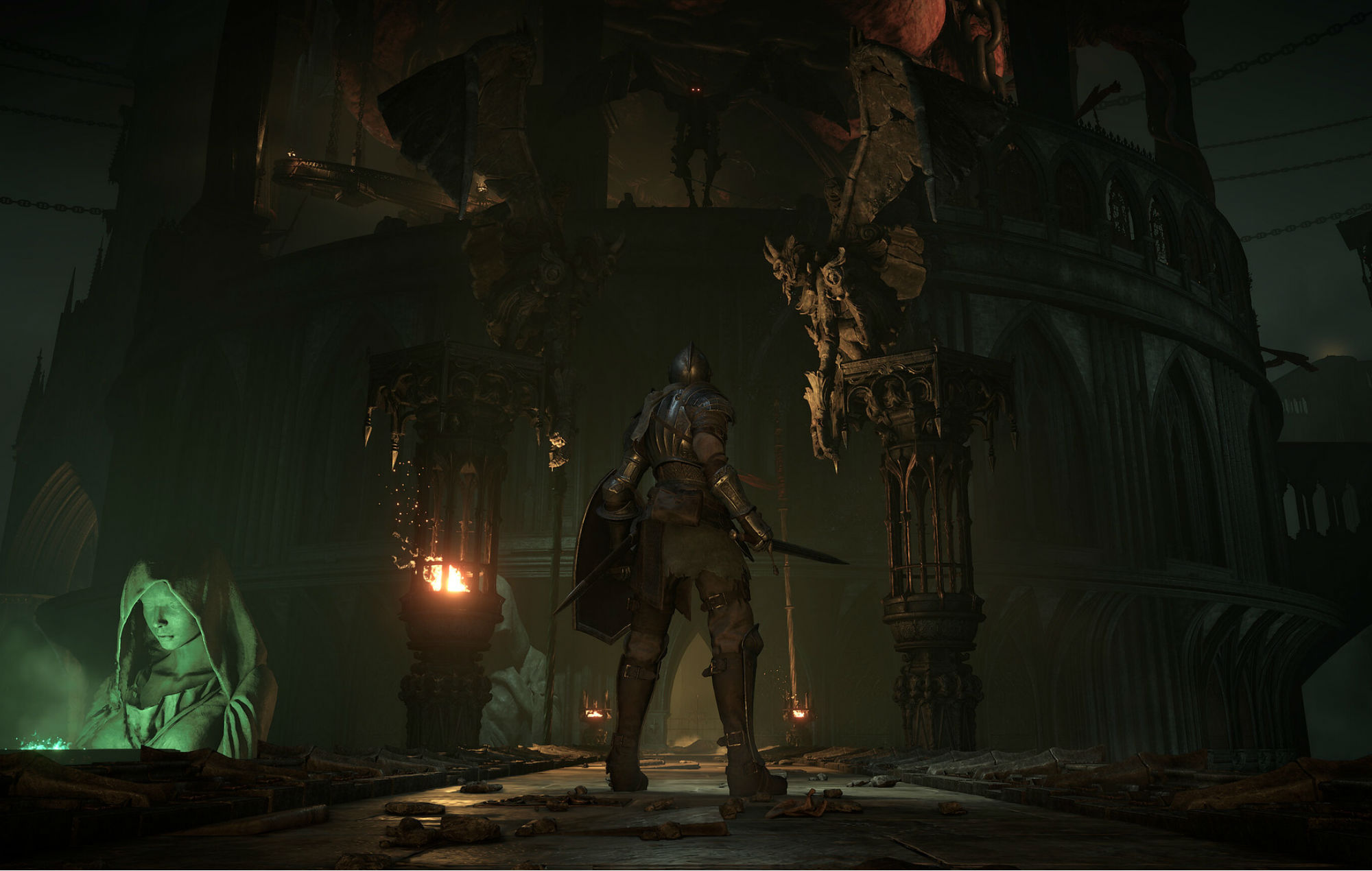 Following the new gameplay footage of Demon’s Souls on the PS5, a comparison video between the original game and the remake showcases the latter’s improvements.

The game has been outsourced to Bluepoint Games, the developer which most recently worked on the Shadow Of The Colossus Remake, and YouTube user, Joshua Gamez, has created an in-depth video which reveals the improvements between the PS3 and upcoming PS5 version of the game.

The recent gameplay demonstration featured gameplay from Demon’s Souls opening tutorial area. The comparison reveals that lighting is to be an improvement over the original, as Demon’s Souls Remake boasts an atmospheric range of lighting effects. Sunlight seeps through the cracks of buildings in a natural way, and fires deliver a warm, ominous glow.

Character models have also been drastically update, most notably evidenced in the demo’s climactic boss battle against the Vanguard. The hulking monster is seen with more life that its predecessor and gifted a further menacing persona in next-gen visuals.

The remake has seemingly replicated the original’s level design closely and not deviated too far off the path. However, the graphical fidelity has update the world’s moody atmosphere.

You can check out the full comparison video below:

Demon’s Souls Remake was one of the closing games shown during the recent PS5 showcase. After the show, it was also revealed that the game would be a launch title for the upcoming next-gen system.

Outside of the tutorial area, the gameplay ended with a montage of many of the deadly foes players will encounter during their travels, all expressed through stunning next-gen graphics.

Demon’s Souls joins numerous other first-party titles coming to the PS5. Marvel’s Spider-Man: Miles Morales, Sackboy: A Big Adventure, and Destruction AllStars are all said to be arriving on the console’s launch day.