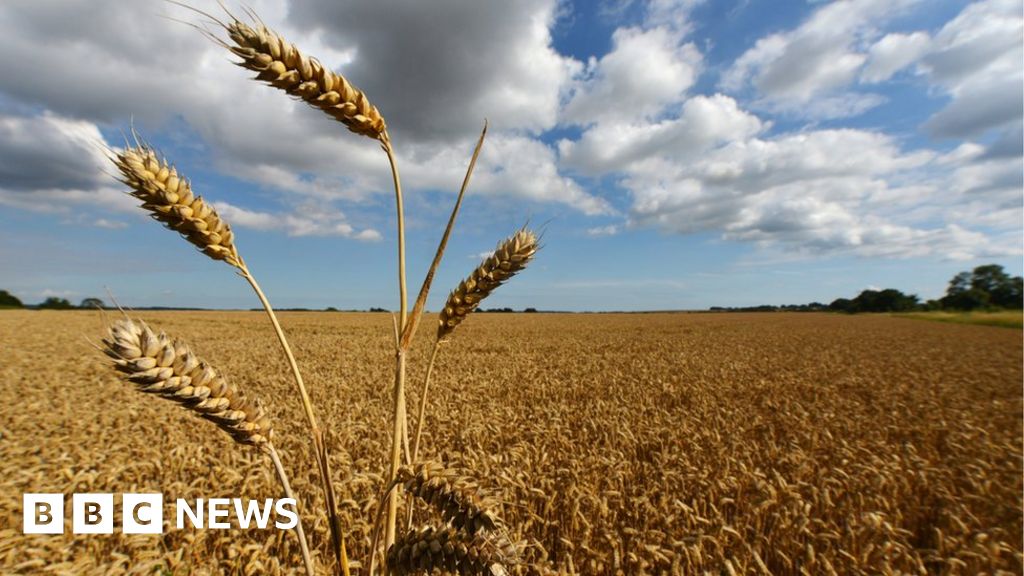 A budget designed to fund improvements to Britain’s countryside is set to be raided, the BBC has learned.

Cash will be diverted away from ambitious conservation projects and towards protecting farm businesses.

The government previously promised that the £3bn currently paid to farms under EU agriculture policy would be wholly used to support the environment.

Ministers had said that, after Brexit, farmers would have to earn their subsidies.

Farmers would secure the case by undertaking actions such as large-scale forestry or catching flood waters.

But many farmers complained that they’d go bust unless the environmental actions were made easier to achieve.

The existing budget to fund ambitious countryside improvements, from which cash will be diverted, is called the Environmental Land Management Scheme (ELMS).

But ministers are drawing up a parallel grants scheme called the Sustainable Farming Incentive to reward farmers for basic activities like conserving their soil.

Environmentalists argue that improving farmland soil makes good business sense and so shouldn’t be funded by the taxpayer.

They say that funnelling cash to what are – in their view – easy-to-do actions will divert money from bigger landscape-scale changes such as re-wilding.

But farmers are relieved. They say that, with all the Brexit uncertainty, it’s important for them to secure some income without too much difficulty.

How much are farmers being paid?

The sums are substantial. Under the EU’s Common Agricultural Policy, farmers are paid public money based on the size of their farms. It tots up to £3bn a year in the UK.

Many fear they won’t get as much cash under the proposed “public goods” scheme known as ELMS.

This will pay them for big-money actions such as planting forests and joining up habitats.

So they’ve been lobbying government to make it easier to qualify for grants.

In response, a new low-level scheme is now being developed at the environment department, Defra.

What is the latest plan?

The Sustainable Farming Incentive is being designed to run in parallel with ELMS.

It will reward farmers for activities such as boosting soil fertility, and preventing topsoil and fertilisers from running into water courses.

Environmentalists say farmers should carry out these actions anyway, because they’ll make their farms more productive and profitable.

And they point out that firms in other sectors of the economy don’t get subsidised by the taxpayer to stop polluting.

Richard Benwell, from environmental campaign group Wildlife and Countryside Link, has written to the government condemning the proposed lowering of ambition.

He told BBC News: “There’s a real risk that we recreate a scheme for paying farmers for what they would have done anyway. We run the risk of wasting a lot of public money.

“The scheme needs to persuade them to go beyond business as usual – and start to move them towards a more environmentally-efficient farming system for the future.”

What do farmers want?

Farmers take a very different view – they’re relieved that the government is looking to find a way of paying them without imposing uncomfortably high hurdles.

Phil Stocker, from the National Sheep Association, told BBC News: “Most livestock businesses have ended up through the years being dependent on support (subsidy). Any change is going to cause a lot of uncertainty.

“We’d like to be paid for really good soil management that protects soil life; for good management that stops nutrients and soil going into water courses; for managing hedgerows and looking after trees. They cost the business, and we know the public love these environments.”

He was backed by the head of Natural England, Tony Juniper, who told BBC News: “It’s right to have some level of the scheme available to all to contribute something through soil management, water management, maybe trees. These are all things pretty much all farmers can join in with.”

Some farmers are also pushing the government to reward them for contributing to secure supplies of food – so-called food security – or for producing artisanal local foods.

What is a ‘public good’?

Farmers argue that the public also want to see small farms stay in business, and this should be regarded as a public good.

A debate is bubbling about whether the kinds of rewards farmers would like can qualify as public goods.

Farmers and campaigners alike agree that devising a robust system without massive cost in administration and monitoring is a task of enormous complexity.

They agree on the need for urgent decisions from a department that’s seen staff diverted off the farm brief to work on Covid-19.

It’s all the more urgent when farmers suffering from uncertainty over – potentially – Brexit tariffs and trade deals with countries producing cheaper food.