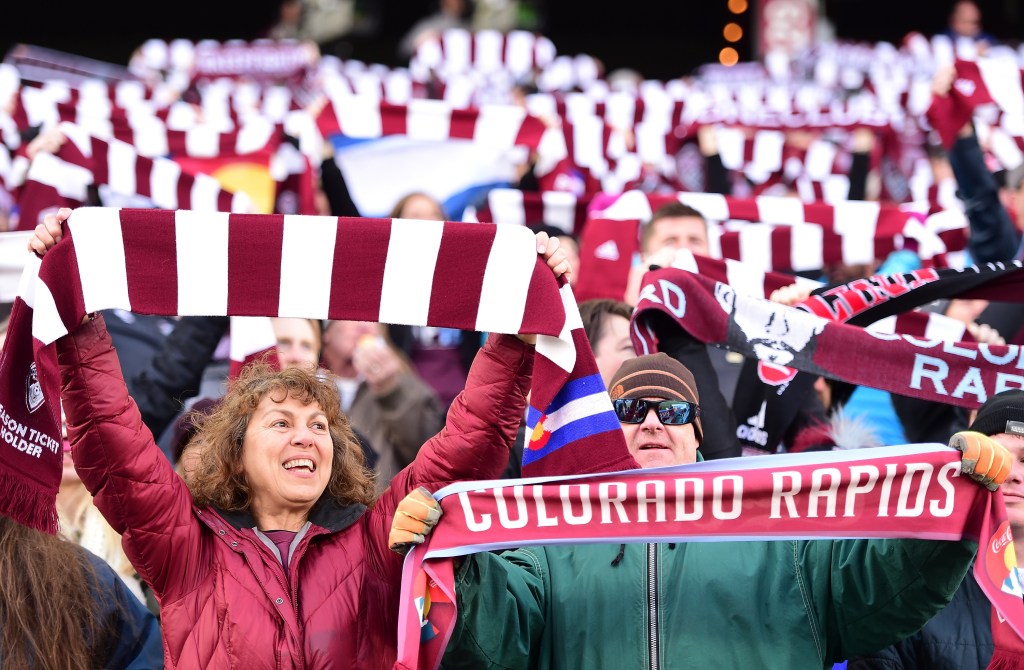 Plans to host fans at upcoming Colorado Rapids matches at Dick’s Sporting Goods Park have been scuttled after the team recently experienced a COVID-19 outbreak, the club announced Monday afternoon.

The team planned to have as many as 1,165 fans (6% capacity) attend matches Wednesday and Saturday nights at its Commerce City stadium. But after 14 people within the Rapids organization (four players, 10 staff members) tested positive for the virus during the last two weeks, those plans were put on hold “out of an abundance of caution.”

MLS postponed Colorado’s previous two matches against Sporting Kansas City (Sept. 27) and the Portland Timbers (Oct. 3) due to the outbreak. The team will return to its home field 7 p.m. Wednesday against LAFC, followed by another match at Dick’s Sporting Goods Park 5 p.m. Saturday vs. the L.A. Galaxy — just not with fans in the stadium.

“The health and safety of our players, staff and supporters has always been our main priority as we navigate this unique season,” Rapids executive Pádraig Smith said in news release. “While our plan to host fans at Dick’s Sporting Goods Park remains approved by state officials, we want to ensure we are taking every precaution possible to create the safest environment on game days. As excited as we are to see our supporters cheering the team on in person, we felt this was best course of action at this time.”

Those who purchased tickets for the two home matches will be contacted by the club’s ticketing staff with refund information.