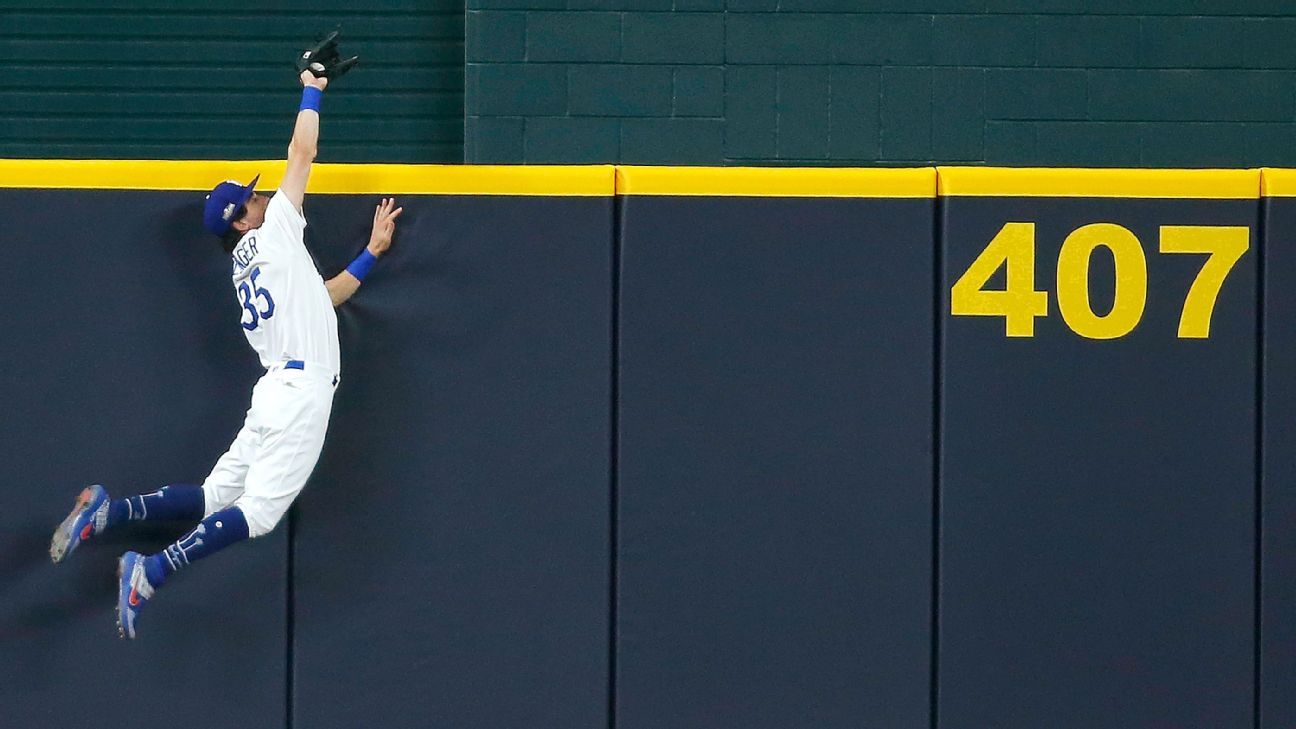 The 2020 MLB season has been the Year of Fernando Tatis Jr. and it looked as if the San Diego Padres’ shortstop was going to add another legendary moment to his list of achievements when he crushed a Brusdar Graterol pitch to deep center field — until Cody Bellinger appeared and made a sensational leaping grab at the wall to keep the Dodgers ahead late in Game 2 and Clayton Kershaw in line for the win.

Bellinger’s grab was the first home run robbery in a postseason game since Los Angeles had a David Freese long ball taken away by Milwaukee’s Lorenzo Cain in the 2018 NLCS and the fifth in the past five postseasons. But Bellinger’s night might have them all beat with this added fact: Bellinger is the first player with a home run and a home run robbery in a postseason game since ESPN began tracking robberies in 2012. That’s right, the Dodgers’ star belted a homer of his own in the fourth inning of Wednesday’s game before flashing the leather to take one away from Tatis just a little bit later. Have a night, Belli.

And while everyone watching from living rooms across the country collectively leapt out of their seats when the ball left Tatis’ bat and oohed together when Bellinger made his catch, nobody anywhere enjoyed it more than the pitcher who served up the pitch to Tatis as Graterol went much further than the traditional tip of the cap by chucking his glove and throwing his hat across the diamond in excitement about the big moment. San Diego’s Manny Machado, who had a pretty epic bat throw of his own after a homer earlier in the night, took exception with the celebration and Graterol blew him a kiss across the field.

Information from Sports Info Solutions was used in this report.

“I’ll be waiting for you,” Manny Machado appeared to tell Brusdar Graterol after he blew a kiss at him at the end of the half-inning. This is getting fun.