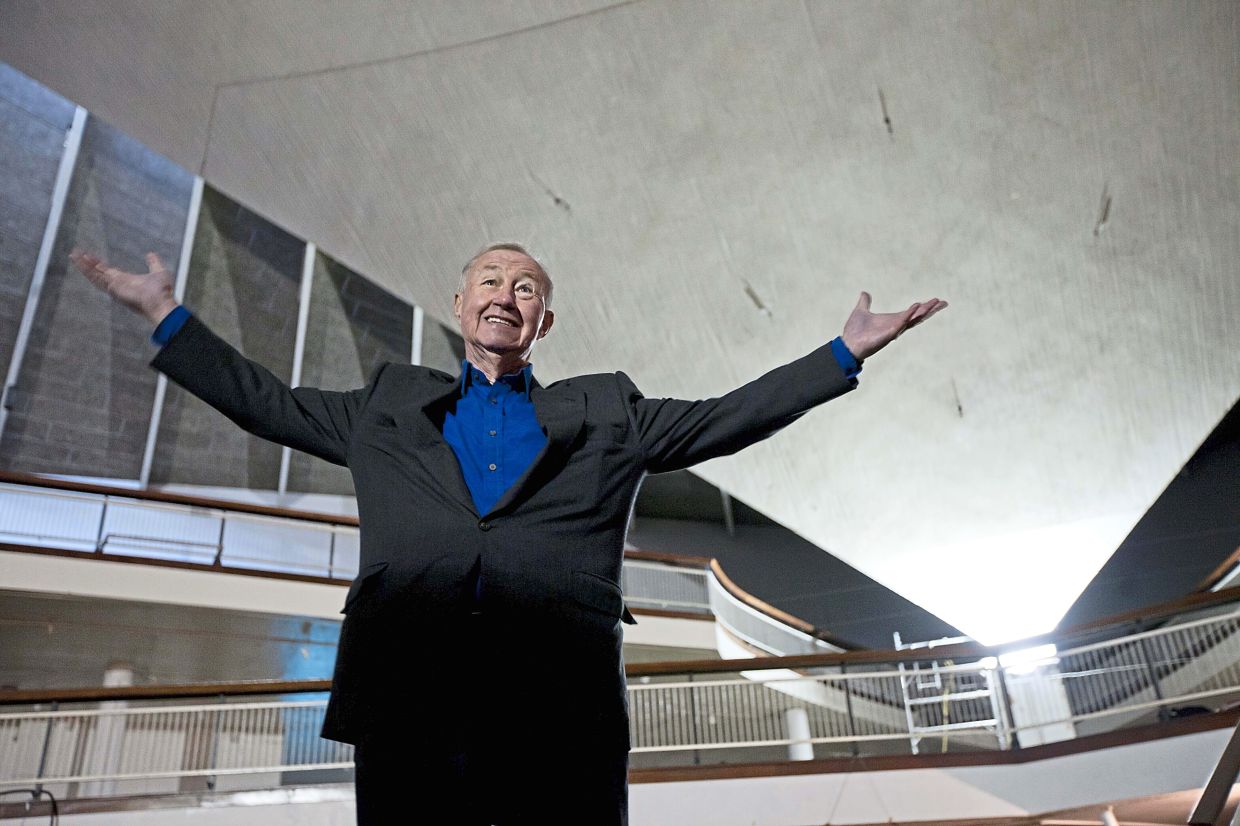 “Terence Conran was instrumental in the redesigning of post-War Britain and his legacy is huge,” said Tim Marlow, director and chief executive of London’s Design Museum, which Conran founded.

“He changed the way we lived, shopped and ate.”

His family echoed this.

“He was a visionary who enjoyed an extraordinary life and career that revolutionised the way we live in Britain,” it said in a statement.

Conran studied textile design at the Central School of Arts and Crafts in London and launched Habitat in 1964, dreaming of providing well-designed goods for ordinary people.

A single store in west London grew into a national and international chain. He opened his first The Conran Shop, which also focused on furniture and home decor, in 1972 and was knighted in 1983.

“I’ve spent a colourful lifetime working in design and everything related to it, because design is where all the things I have worked on meet,” he wrote in a Q&A for the Design Museum’s website, crediting his mother as a major inspiration.

“The restaurants, hotels and bars we have designed or operated, the shops, the interiors, the buildings, the products and furniture or the books I have written – design is the one thing that connects them all and they add up to what I call a style of life.

“I also realise how lucky I have been in that everything I have ever done for work or business I would have done simply for pleasure.”

His business enterprises were not always a success and in 1990 he stepped down as chairman of Stonehouse which sold the loss-making Habitat chain two years later to Swedish rival Ikea.

He turned his back on the mass market to focus on his upmarket retail stores and restaurants. – Reuters