Complicated bone fractures take a long while to heal. Sometimes, they never heal completely, causing discomfort and disruption for the patient. There is no treatment for fractures at risk for delayed healing. Instead, physicians wait six to 12 months before they consider intervening. Bone Therapeutics S.A. is developing a cell therapy product that speeds bone regeneration and just may solve that problem.

“In humans, we can accelerate bone formation for spinal fusion and to repair fractures,” Miguel Forte, M.D., Ph.D., CEO of Bone Therapeutics S.A., told BioSpace, speaking from the International Society for Cell & Gene Therapy (ISCT) Annual Meeting. In controlled Phase IIa and b studies currently underway, he expects to further prove those points and to show that the compound, dubbed allogeneic osteoblastic cells (ALLOB®), also speeds healing and reduces the late-stage complications of fractures. “We have shown in an animal model that we can double the speed of bone regeneration,” he added. 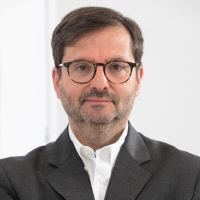 After a fracture, cells around that fracture regenerate and remodel the bone. Bone Therapeutics’ approach takes cells from the bone marrow of healthy donors, separates the mesenchymal stromal cells (which have the potential to be differentiated into bone-forming cells), expands them in vitro and promotes their differentiation using a proprietary process.

“The autologous method of taking cells from the patient, modifying them, and returning them to the patient was not sustainable,” Forte continued. Going to a healthy donor, however, is sustainable at commercial scale. Bone marrow from one collection from a single donor can be scaled to produce up to 100,000 doses. Producing such a high number of doses is possible because, he explained, “In the bioreactors, instead of expanding the cells in layers, we expand ours around microbeads.”

The challenges, which are not unique to Bone Therapeutics, exist around ensuring consistency among donors and among batches so the manufacturing process always produces products with the same characteristics.

Bone Therapeutics has completed two studies involving a total of about 60 patients. Half involved difficult fractures and half involved spinal fusion. Neither study had a control arm, he pointed out, “so we can’t claim efficacy, but what we’ve seen is that the cells were very well tolerated, and we saw bone being formed in virtually all patients.”

Next, the company will quantify bone production, comparing the work of these modified mesenchymal stromal cells with those of the body’s natural healing process. That study is being conducted among people who break their tibias and go to the hospital. It is still recruiting.

In it, two-to-three days after the bone is aligned, the modified cells are placed at the site of the fracture, using a needle. Other patients in the study will receive a placebo. Bone growth then will be quantified. “After that study is completed, we will have to perform another confirmatory study,” Forte said, before applying for regulatory approval for the product.

Once administered, the modified bone regeneration cells gradually disappear. That takes about two weeks. “They initiate the process, create bone like the cells around them, die and then other cells come in,” Forte said.

ALLOB can be used off-the-shelf and can be stored for at least three years under cryogenic conditions. Forte said his team are working to further lengthen its shelf life.

Maintaining cryogenic temperatures needed, however, requires liquid nitrogen freezers. After the introduction of Pfizer/BioNTech’s deep-frozen COVID-19 vaccine, a high percentage of healthcare providers in Europe and North America have those freezers, and they are available in much of the rest of the world, too. Consequently, he said, “We’re less stressed about the cold chain.”

The company has talked with the European Medicines Agency at multiple stages throughout ALLOB’s development, as well as with various European Union member states and their regulators. “We’re conducting the study in seven European countries currently,” Forte said. “We’ve also talked with the U.S. Food and Drug Administration but are not yet conducting a study in the U.S.”

Currently, Bone Therapeutics is focused entirely upon this asset. “We aim to get the results of this study by the beginning of next year (Q1 2023), which will position us for the next development steps. At that moment, we may also consider additional applications of mesenchymal stromal cells.

“We’re seeing a lot of opportunities and a lot of value being brought to patients through cell and gene therapies in multiple indications,” Forte emphasized. When it comes to bone regeneration using mesenchymal stromal cells, Bone Therapeutics is clearly a leader.