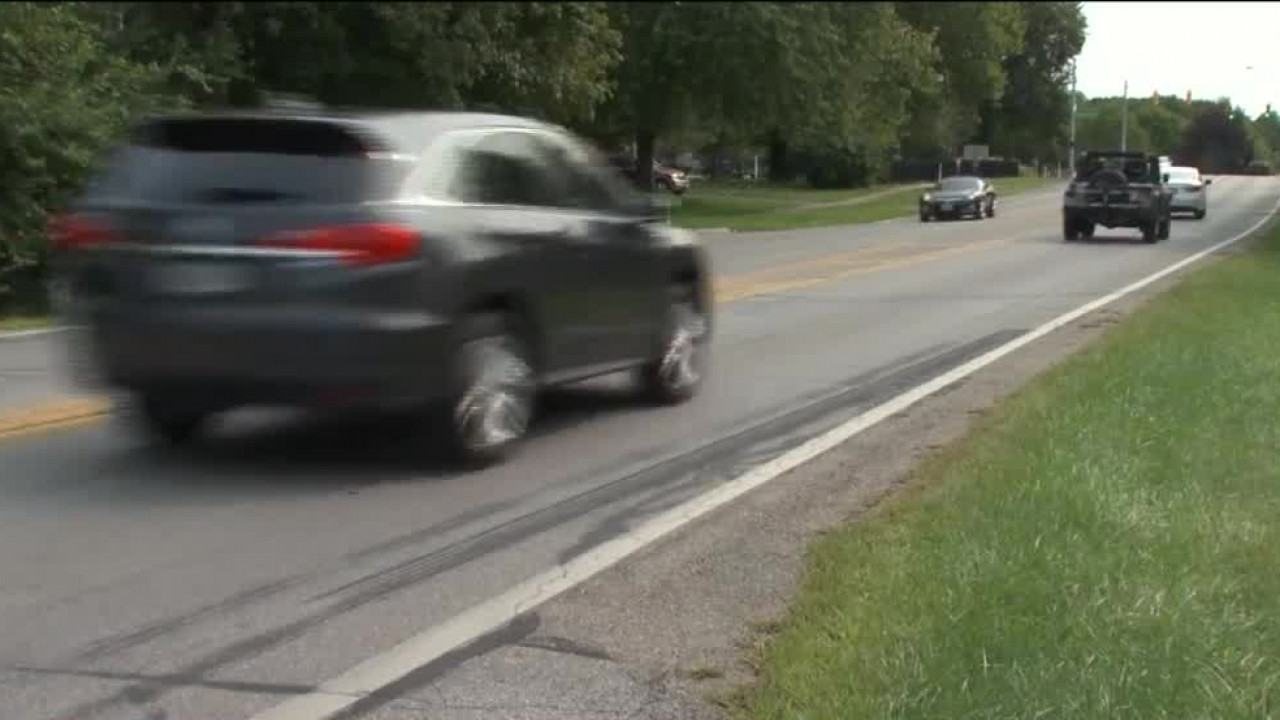 She has road rash on her arm from where she fell, and the imprint of the SUV’s tire on her shirt.

“She has no desire currently to get back on a bike, which is sad,” said Zonner.

This mom has a petition looking to make this stretch of road safer for people walking their kids to the park and others on bikes.

“There’s not a whole lot of area on the side of the white line for anyone to walk,” said Zonner.

Community members said Dempsey Road is not a stretch of road they want to go on without a vehicle.

Rees said her husband runs and walks up and down the street and she’s worried about what can happen. She is so worried, she doesn’t let her son on the road even on a bike.

“There’s no berms,” said Rees. “There’s ditches right alongside, there’s a lot of hills that go up and down. It’s just not a road we’re comfortable with.”

Zonner wants something to happen and soon. She said she will be going to the County Engineers office to fight for improvements along the road.

“For Franklin County to put a paved path all the way down Dempsey Road or to connect to the existing sidewalks,” said Zonner.

Both Franklin County and the City of Westerville have identified the Dempsey Road corridor as part of their 10-year capital improvement plan. The specifics of the project have not yet been identified.