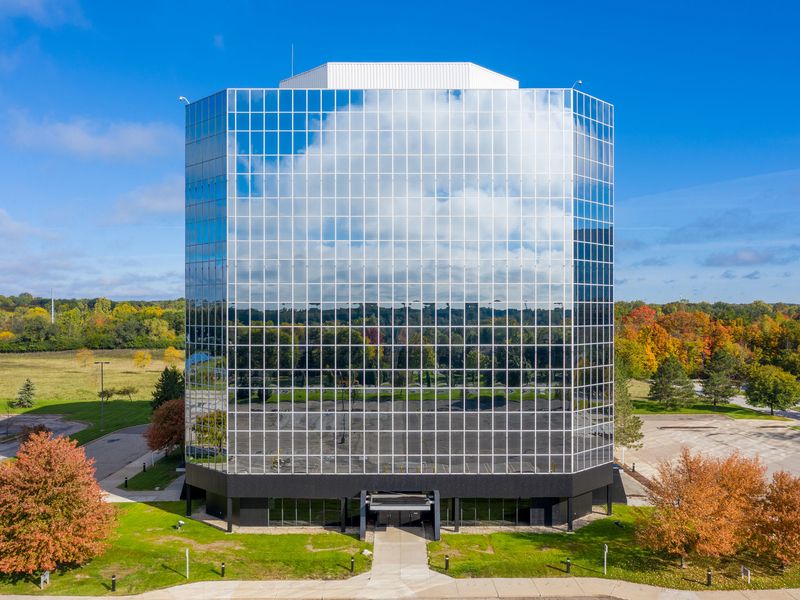 About a year after the former Blue Cross Blue Shield of Michigan buildings in Southfield came under new ownership following a contentious court battle, part of what is now known as the West Eleven Office Park is heading to auction.

At one point, the building was “shuttered by debtors” and “unfit for occupancy,” court filings in Oakland County by Southfield-based brokerage house Farbman Group said last year.

The building is one of four that I wrote about in November stemming from a series of mind-boggling lawsuits between Canadian investors targeting each other in Oakland County and federal court, with allegations ranging from fraud to implications of one party in a double murder in Toronto.

You can read the story here, but the long and short of it is that the ownership group let the four-building complex deteriorate, leaving behind tens of millions in unpaid bills and mortgages because they were broke, and then Farmington Hills-based Friedman Real Estate bought the properties out of receivership.

A mortgage company based in California foreclosed on the loan, and Friedman Real Estate paid $22.9 million for the note via sheriff’s deed in May 2019, according to Oakland County land records.

Jared Friedman, director of opportunities for Friedman Real Estate, told me this morning that the plan was always to sell the Tower 300 building because it sits on its own parcel and makes for a good redevelopment opportunity.

“We put a lot of time, money and effort into fixing up those buildings, fixing elevators, HVAC systems, upgrading parking lots,” Friedman said.

Neither Jared Friedman or Silverman would disclose the auction’s reserve price —the minimum figure Friedman Real Estate wants to fetch in order for the property to sell at auction.

“We are already getting some good local and out of state traction on it,” Silverman said.