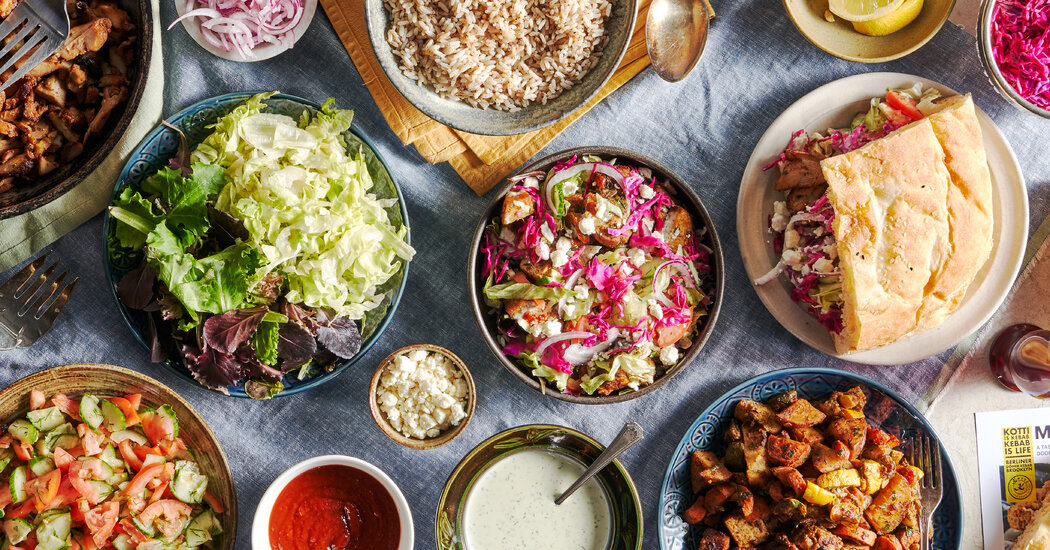 Erkan Emre, from Berlin, settled in New York in 1997 and became an architect. But he missed a taste of home, specifically doner kebab, a Turkish sandwich filled with chicken roasted on a vertical spit, with salad and condiments. There are hundreds of doner kebab stands in Berlin. Though he was born in Germany, his father emigrated from Turkey in 1972. Four years ago, Mr. Emre decided to do something about New York’s shortage of doner kebab and opened Kotti Berliner Döner Kebab, first in Smorgasburg and then in Industry City and DeKalb Market Hall in Brooklyn. In November, he will open a location in the Essex Market on the Lower East Side. And he has just added a family-style package to serve six at home. Moist, well-seasoned marinated chicken, tofu and root vegetables, all needing a reheat, come with salads, condiments and thick, puffy triangles of bread that are more like focaccia than pita.