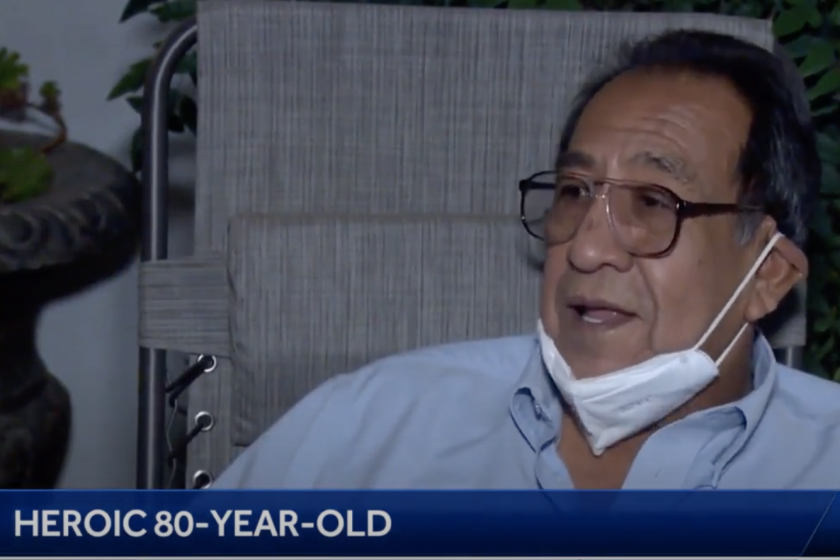 “I don’t consider myself a hero,” Montelongo told KOVR. “I was just a fella that got put in the right place at the right time.” In 2003, he was also in a position to save lives — while at a church meeting, there was a natural gas leak in a nearby home, which caused an explosion and fire. He raced to the house, and was able to help out an 80-year-old woman before going back in and rescuing a 79-year-old man.

Tom Olsen of the California Highway Patrol told KOVR he is impressed by all that Montelongo has done. “First responder, he can probably add to his resume,” he said. “A lot of people are in the right place at the right time, but very few actually did what Mr. Montelongo did.”