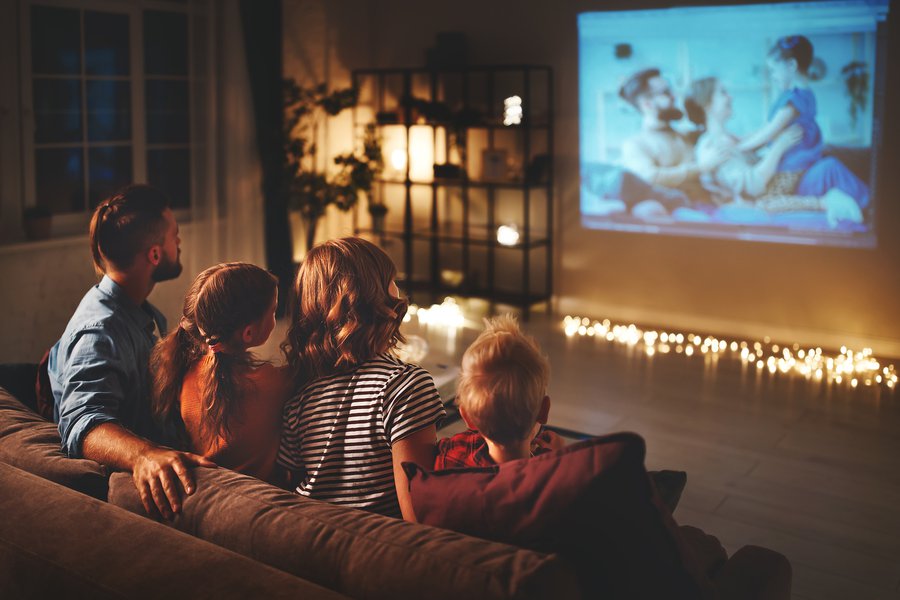 Movies about eviction or foreclosure

In real life, there are laws in place that provide the rules for evictions and foreclosures. In Hollywood, though, it’s a much different story, as told by these films.

At its core, this is a story of an eviction gone terribly wrong. When a homeowner (Jennifer Connelly) is evicted from her home due to a misunderstanding regarding the nonpayment of business taxes, she must seek legal help when her home is sold at auction. The new owner (Ben Kingsley) and his family, who have fled their home country of Iran and are eager for a fresh start in America, set out to renovate the home and sell it for a profit. When he’s made aware of the county’s mistake in auctioning the home he now occupies with his family, he is willing to sell it back — but only at the new, higher value. Thus begins a battle between the two homeowners that ends in unspeakable tragedy. The movie, directed by Vadim Perelman, was based on Andre Dubus III’s novel and earned multiple Academy Award nominations.

In San Francisco, many landlord/tenant relationships are drama-free. The one in John Schlesinger’s movie is not. In fact, it supports the notion that being a landlord anywhere can be a pretty tough business. Matthew Modine and Melanie Griffith play a married couple who take on Michael Keaton as the renter from hell. We won’t give away all the details, but the main moral of the story is: Don’t let any tenant move into your property without first performing a credit check.

While this movie had a limited release in the U.S., it had quite a welcome at film festivals throughout the world. Andrew Garfield stars as a single dad named Dennis who is living with his mother and young son when they get evicted from their family home by Rick, a real estate operator (Michael Shannon). Dennis, a contractor, is then forced to go to work as Rick’s assistant. As Dennis helps Rick take advantage of other honest homeowners, Dennis is able to build his own wealth — but at what cost to his conscience and family?

Who knew selling homes could be so dramatic — or funny? These Hollywood folks did.

There’s so much other stuff going on in this movie (directed by Sam Mendes) that you might have forgotten that one of the main characters is a real estate agent. Annette Bening nabbed an Academy Award nomination for playing Carolyn Burnham, a real estate agent who we see gear up for what is ultimately a very unsuccessful open house. In a comical montage in which Carolyn is seen scrubbing down the vacant home herself, many agents will sympathize with the sweat equity that goes into making an unattractive house more desirable to buyers. And it doesn’t always work, as evidenced by one of the more unimpressed potential buyers: “The ad said this pool was lagoon-like. There is nothing lagoon-like about it!”

At first blush, this John Hamburg film is just a bro-mantic comedy. After all, it’s about Peter (Paul Rudd) who has no close male friends to call upon as his best man for his impending nuptials — until he meets his new BFF Sydney (Jason Segel) at an open house, where he’s posing as an investor to meet women. Still, real estate investors and agents will enjoy the rather humorous subplot of Peter as a successful real estate agent working hard to beat a rival agent to the sale of a property owned by celebrity Lou Ferrigno (played by the man himself). Peter loans Sydney money, which he then invests in a wacky billboard advertising campaign in support of Peter’s real estate business that is surprisingly successful. Maybe there is something to be learned from lowbrow comedy: Don’t rule out traditional advertising for your own real estate endeavors.

No, we didn’t forget how to count with this one. While there have been a couple of hilarious remakes, we would be remiss not to go back to the original Cary Grant/Myrna Loy classic that poked fun at the seemingly never-ending process of home improvement. The common plotline of all three movies is a young couple’s quest to renovate a bargain house that proves to be more trouble than it’s worth. In The Money Pit, Tom Hanks and Shelley Long star as the hapless couple, while Ice Cube and Nia Long play the roles in the more recent remake. If you’re a house flipper and haven’t seen at least one of these, you’ve likely been reminded of them every time you tell someone what you do for a living.

It’s an understatement to say the real estate industry can be competitive. And when one talks about how to rise to the top in real estate sales, it’s more a mantra than a strategy: ABC, or always be closing. While James Foley’s star-filled movie adaptation of David Mamet’s play about a New York real estate sales office and its team is more of a cautionary tale, it’s still a movie investors, agents, and salespeople in all industries point to for strategy. And no wonder: ABC is actually a really great sales strategy — unless you choose to do it the shady way it’s practiced in the movie.

When the housing bubble of the early 2000s burst during the 2007-2008 recession, it inspired a book by Michael Lewis and its subsequent film adaptation by Adam McKay, featuring a star-studded cast featuring the likes of Brad Pitt and Christian Bale. A darling of both critics and audiences, the movie’s performers broke the fourth wall to do the near-impossible — make topics like subprime mortgages understandable and interesting. Though the movie takes fictional liberties with the original nonfiction text, it does highlight some of the catastrophic losses that happened during the financial crisis when a number of big-time players bet against collateralized debt obligation.

Phrogging is something that sounds kind of funny, but it’s actually quite creepy. In short, phrogging is the act of someone living inside a home unbeknownst to the actual residents. It can be pretty bad when it happens in real life, but when Hollywood takes its turn, phrogging becomes the stuff of nightmares. With Halloween just around the corner, we saved the best two real estate movies for last.

Bad Ronald was a made-for-TV movie (based on the novel of the same name) that might be hard to find. But if you can get it, it’s worthy of a Halloween movie night for sure. Awkward and misunderstood high school student Ronald (Scott Jacoby) lives with his mother, an overprotective single mother named Elaine (Kim Hunter). When he accidentally kills a girl in the neighborhood, Elaine hides Ronald in a room and wallpapers over it to avoid the police under the guise he has run away. There’s a trapdoor in the pantry for him to get out. Meanwhile, Elaine goes to the hospital for surgery and dies, leaving Ronald behind. The seemingly empty home is sold to a new family, who is perplexed by the sounds they hear and the food that strangely seems to disappear from the kitchen. We’ll avoid spoilers here, but it’s safe to say this is one “ghost” story like no other.

In more modern times, Parasite won all the awards in 2019 and rightly so. Bong Joon-ho’s film is a commentary on social class and discrimination, shown by the intersection of two families, one rich, one poor. At first, the story seems to be about the down-and-out family trying to infiltrate (hence, the title) the upper-class family’s existence — but then there’s a twist (and another). So big, in fact, that we won’t spoil it for you, except to say this: That “ghost” the little kid sees in the kitchen late one night? It’s not a ghost at all…

If your life as a real estate agent or investor isn’t as exciting as these plotlines, that’s probably a good thing. Most of these are cautionary tales of how not to act when working in real estate, while others are just plain silly. Still, they’re worth the watch. If you missed any of these in the theater, just follow the links to find them on Amazon (NASDAQ: AMZN).