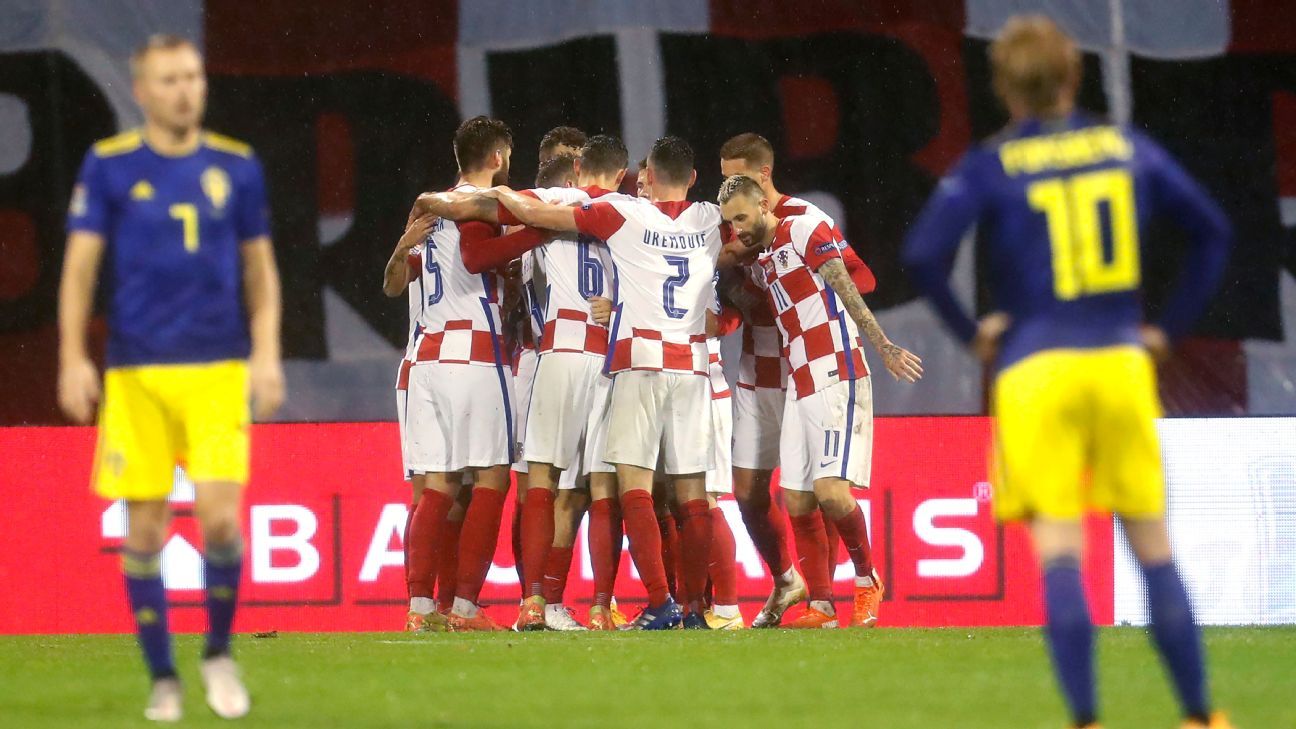 Croatia celebrated their first Nations League top-tier Group 3 win after a late goal by substitute Andrej Kramaric gave them a 2-1 home win over Sweden on Sunday.

The result left the Croatians third in the group on three points from three games, three behind holders Portugal and world champions France who were playing each other in the evening kick-off (1845 GMT).

Sweden, who have lost all three opening fixtures, have no points.

Croatia coach Zlatko Dalic was pleased with his team’s start to the match, played in driving rain at Maksimir stadium.

“We played really well in the opening 60 minutes but we couldn’t keep up with our own pace and we struggled in the last half an hour,” Dalic told a news conference.