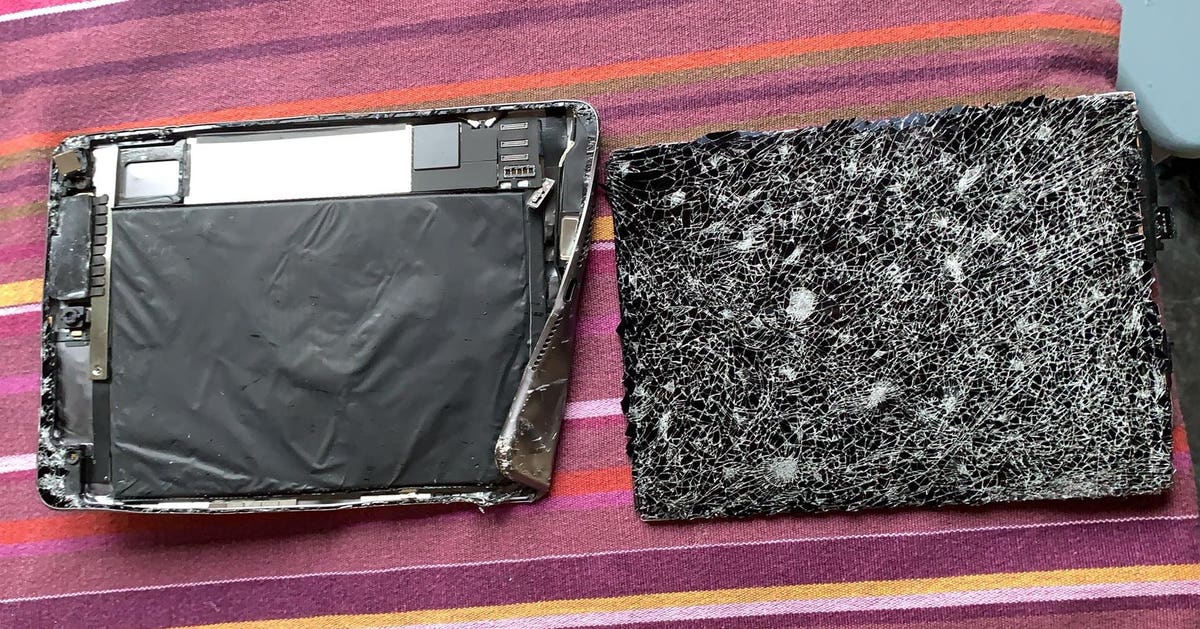 This Battered iPad Fell Off A Car At 50mph

An iPad mini that fell off a car travelling at high speed and smashed into pieces was – incredibly – still able to report its location to its owner.

Brand-protection specialist, Stuart Fuller, heard something hit the back of his car on a dark country lane and assumed it was a twig falling off a tree. Unluckily for Fuller, it was in fact the iPad mini that he’d accidentally left on top of his car.

Fuller, also chairman of non-league football club Lewes FC in England, was driving home from the club on Tuesday evening when he absent-mindedly left the iPad on top of the car before getting in. He managed to drive almost two miles up steep hills and around tight corners before the iPad mini finally fell off on the outskirts of Lewes.