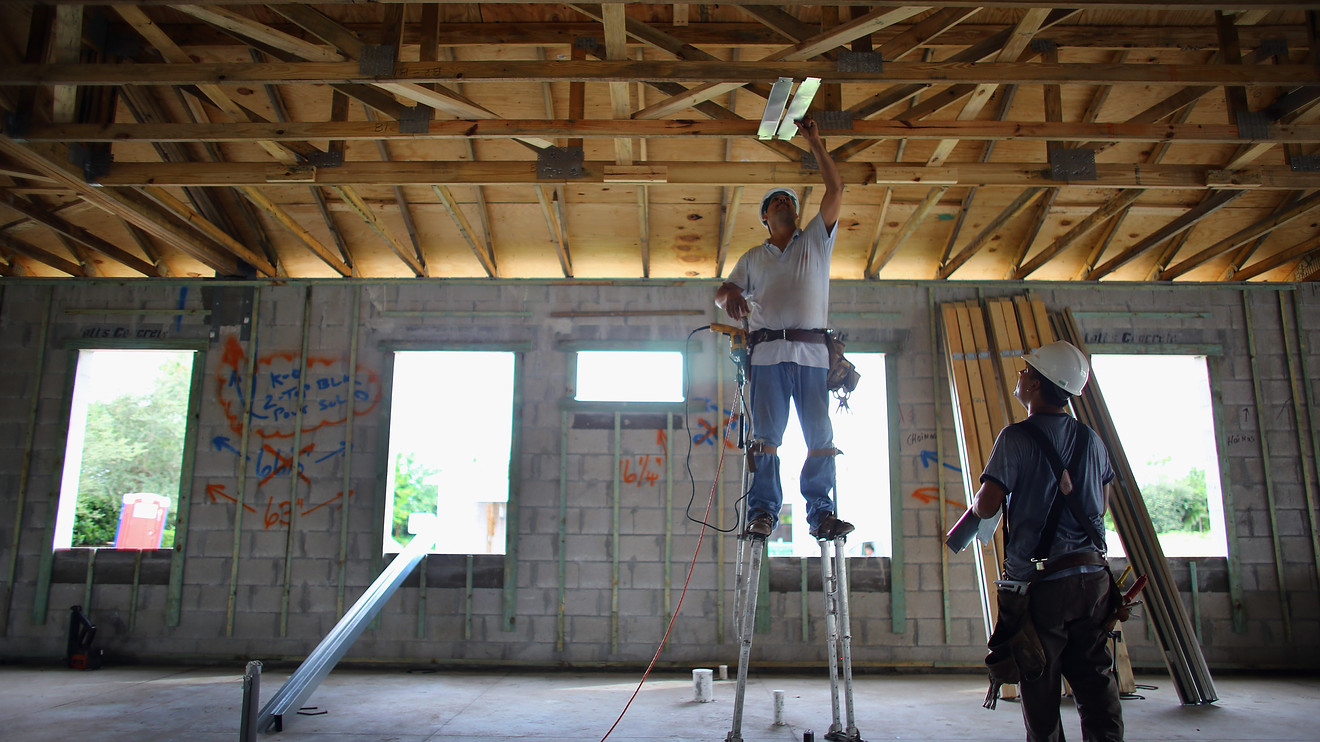 The numbers: Home builders are more confident about the state of their industry than ever before as foot traffic of prospective buyers continues to improve, according to research from a trade group released Wednesday.

The National Association of Home Builders’ monthly confidence index rose five points to a reading of 83 in September. The index reading was the highest on record in the 35-year history of the data series, surpassing the previous month’s record high.

“The suburban shift for home building is keeping builders busy, supported on the demand side by low interest rates,” Robert Dietz, chief economist for the National Association of Home Builders, said in the report. “In another sign of this growing trend, builders in other parts of the country have reported receiving calls from customers in high-density markets asking about relocating.”

Index readings over 50 are a sign of improving confidence. The index had fallen below 50 in April and May as concerns about the impact of the coronavirus pandemic mounted.

What happened: The main indicators underpinning the overall index all increased notably this month.

The index that measures sentiment regarding prospective buyer traffic soared nine points to a record high of 73. The index of expectations for future sales over the next six months increased six points to 84, and the index of current single-family home sales increased four points to 88.

Regionally, the Midwest index signaled the biggest increase, rising nine points to 78, followed by the South’s six-point increase to 85. The regional index for the West dropped one point to 87, but the three-month moving averages for all four regions were higher in September.

The big picture: The real-estate sector — and the market for new homes in particular — has been a bright spot in the country’s economic recovery from COVID-19.

The jury may still be out whether the nation is truly seeing an exodus from major cities, yet demand in the suburbs has notably risen across many parts of the country, according to economists. Buyers in these areas may have been planning to buy in March or April and were delayed by the pandemic — or they may have been planning to buy in the next few years and have been coaxed to speed up those plans thanks to record-low mortgage rates. (Though, low mortgage rates may not be available to all Americans.)

Buyers, however, are encountering a dearth of existing homes for sale in a continuation of a trend that was seen at the beginning of the year before the pandemic. With few existing homes available, more people are turning to the market for new homes.

Still, builders do face headwinds, including the rising cost of building materials. Lumber prices are up more than 170% since April, Dietz said, a reflection of production constraints caused by the pandemic. Up till now, builders have passed that cost on to consumers, but it could become a burden.

“While thus far builders have been able to pass along higher costs in the form of higher prices for finished new homes, there is a limit to their ability to do so, even if we can’t precisely peg where that limit is,” Richard F. Moody, chief economist at Regions Financial Corp., wrote in a recent research note.

And while low mortgage rates create a buffer for high home prices, as home prices continue to rise that buffer is shrinking, Moody said. Over time, if rates increase, affordability will become an even bigger constraint for buyers.

What they’re saying: “Housing continues to be an outlier in that the sector has rebounded strongly after a reopening of the economy,” Rubeela Farooqi, chief U.S. economist at High Frequency Economics, wrote in a research note. “This has occurred even as the labor market remains weak and the economic outlook uncertain.”

all rose upwards of 2% in Wednesday morning trading.

were up only slightly.